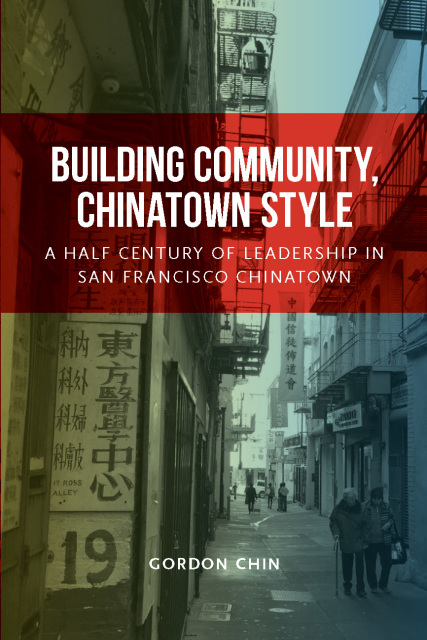 Building Community, Chinatown Style: A Half Century of Leadership in San Francisco 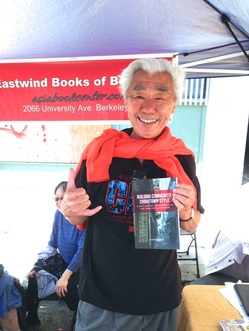 Building Community, Chinatown Style: A Half Century of Leadership in San Francisco Chinatown

A book written by Gordon Chin, founding member of the Chinatown Community Development Center of San Francisco.  Provides a firsthand view on how to produce meaningful and positive social change from the grassroots. Packed with local information, history, people's stories about resistance and improving their lives.

Section One: Convergence
The Asian American and Community Development Movements in San Francisco, 1968–1977

Section Three: Revitalization Planning for Chinatown and Its Place in San Francisco, 1988–1999

Chapter 19: The Rise of the I Hotel
Chapter 20: The International Hotel Block
Chapter 21: The Central Subway
Chapter 22: The New Era of Affordable Housing in San Francisco
Chapter 23: Who Can Afford to Live in San Francisco?

Book Review
When Gordon Chin and fellow activists formed the Chinatown Community Development Center (CCDC) on April 1, 1977, San Francisco’s Chinatown was at risk. Powerful interests were out to transform the neighborhood, and that August saw the mass eviction (and later demolition) of the International Hotel on Chinatown’s border.

Chin’s story reveals CCDC as a remarkable incubator for young activists. Those that passed through CCDC on route to other work included Howard Gong, Daryl Higashi, Brad Paul, David Prowler, Sue Lee, Melanie Young, Ilene Dick, D6 Supervisor Jane Kim, and many others. Chin amply credits the wonderful Enid Lim, whose Chinatown work was joined by her undercover efforts to help us stop tourist conversions in the Tenderloin.

While generously crediting others, Chin downplays his own central role. He describes his presence in Chinatown and citywide housing campaigns without noting that he typically chaired key meetings. Nor does he mention that people looked to him for strategic advice. Instead of promoting himself Chin believed in empowering his staff, which is why CCDC has attracted and retained so many talented activists through this day.

Gordon Chin’s new book offers the true history of how Chinatown survived as a low-income neighborhood. It wasn’t luck or good fortune—it was through CCDC’s organizing, community outreach, and coalition building, all of which created a model for community building that other neighborhoods can follow.