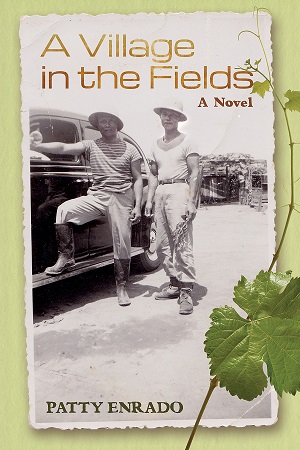 A Village in the Fields, A Novel

A retired Filipino farm worker looks back on his long and costly struggle for civil rights.

About the Book:  A Village in the Fields, A Novel
Fausto Empleo is the last manong—one of the first wave of Filipinos immigrating to the United States in the 1920s and 1930s— at the home for retired farm workers in the agricultural town of Delano, California. Battling illness and feeling isolated in the retirement village built by the United Farm Workers Union, Fausto senses it’s time to die. But he cannot reconcile his boyhood dream of coming to the “land of opportunity” with the years of bigotry and backbreaking work in California’s fields. Then, his estranged cousin Benny comes with a peace offering and tells Fausto that Benny’s son will soon visit—with news that could change Fausto’s life.

In preparation for the impending visit, Fausto forces himself to confront his past. Just as he was carving out a modest version of the American Dream, he walked out of the vineyards in 1965, in what became known as the Great Delano Grape Strikes. He threw himself headlong into the long, bitter, and violent fight for farm workers’ civil rights—but at the expense of his house and worldly possessions, his wife and child, and his tightknit Filipino community, including Benny.

In her debut novel, Patty Enrado highlights a compelling but buried piece of American history: the Filipino-American contribution to the farm labor movement. This intricately detailed story of love, loss, and human dignity spans more than eight decades and sweeps from the Philippines to the United States. In the vein of The Grapes of Wrath, A Village in the Fields pays tribute to the sacrifices that Filipino immigrant farm workers made to bring justice to the fields.

Next Author Signings for: A Village in the Fields, A Novel
Meet Patty Enrado

Contact us to organize a book event with Patty Enrado. 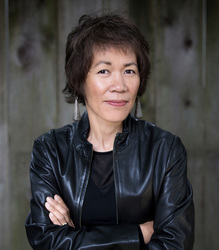 Patty Enrado photo by Robert Milton (Copyrighted)
About the Author:  Patty Enrado
Patty Enrado was born in Los Angeles and raised in Terra Bella, California. She has a bachelor’s degree in English from the University of California at Davis and a master’s degree from Syracuse University’s Creative Writing Program.  She writes about healthcare information technology and lives in the San Francisco Bay Area with her husband and two children.

﻿A Village in the Fields: An Author’s Backstory
by Patty Enrado
​
In 1994, I attended a local poetry reading by Filipino-American poets from the San Francisco Bay Area. One of the poets talked about a retirement village built in Delano in the early 1970s for retired Filipino farm workers who participated in the Great Delano Grape Strikes. My family moved to Terra Bella, California, in 1965, the year of the Great Delano Grape Strike. I had grown up not far from Delano and remembered the grape boycotts but not the strikes. My mother packed oranges in the winter and spring, and picked grapes in the summer and fall. My father, who immigrated to the U.S. in the late 1920s, spent most of his career as a cook, although he spent time farming when he arrived in California. Most of my father’s relatives who settled in Terra Bella also picked grapes and/or packed citrus fruit. That summer of 1994, while visiting my mother and father, I went in search of Agbayani Village. I interviewed an elderly resident, thinking that one day this information would become a story. At the time, I was looking to expand my MA thesis, a collection of stories about the Filipino community in Terra Bella that I had written while under the Creative Writing Program at Syracuse University.

In the spring of 1997, I watched the PBS documentary on César Chávez—The Fight in the Fields—and read the companion book of the same name. After seeing the documentary, I wanted to know more about the Filipino involvement in the strike. The Filipino farm workers, led by labor leader Larry Itliong, initiated the strike; however, very little was said of their contribution. I learned from my relatives that I was related to Fred Abad, the last manong at Agbayani Village, who passed away in 1997 at the age of 87, a few months before I began my research. I interviewed another distant relative who was one of the original Filipino farm workers who struck with Itliong. I spent many a weekend at the Delano Record, searching for articles on the strikes and boycotts. In January 1998, I interviewed the late grower Jack Pandol at his farm. My mother accompanied me to the interview, and as we drove by Pandol’s camp, she casually remarked that my father had once worked as a cook here, which was news to me.

After stacks of research notes and books on the subject had been amassed, A Village in the Fields began to take shape and my protagonist Fausto Empleo emerged. My novel’s journey has taken 18 years and its release comes at a most fitting time—the 50th anniversary of when the Filipino farm workers walked out of the vineyards in Delano on that 8th morning of September.
Reviews:

"A poignant tale of family, identity, and politics . . . You will remember these characters and their courage in the face of injustice long after the last page." -LILY KING, author of Euphoria

"A heart-achingly beautiful journey through the history of the manongs." -MARISSA AROY, Emmy Award-winning director of The Delano Manongs: Forgotten Heroes of the United Farm Workers

"Beautifully written, heartfelt, and emotionally powerful, a moving and inspirational story of work, struggle, and family that takes its place beside classics of the genre." -DAN CHAON, author of Await Your Reply