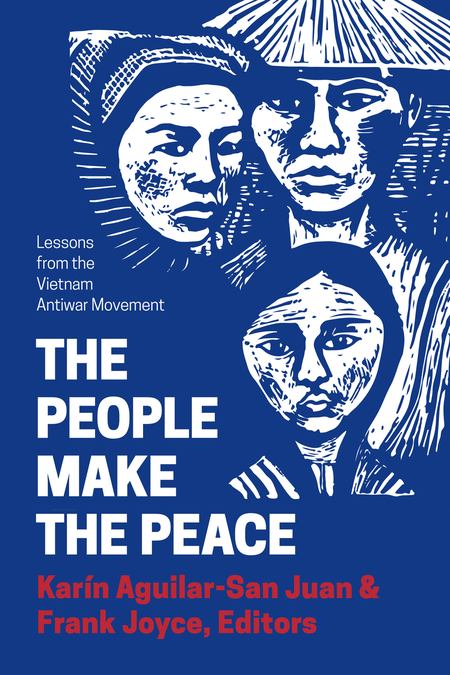 The People Make the Peace

Sold out
Add to Cart
Forty years after the Vietnam War ended, many in the United States still struggle to come to terms with this tumultuous period of U.S. history. The domestic antiwar movement, with cooperation from their Vietnamese counterparts, played a significant role in ending the War, but few have examined its impact until now. In The People Make the Peace, edited by Karín Aguilar-San Juan and Frank Joyce, nine U.S. activists discuss the parts they played in opposing the War at home and their risky travels to Vietnam in the midst of the conflict to engage in people-to-people diplomacy.

In 2013, the "Hanoi 9" activists revisited Vietnam together; this book presents their thoughtful reflections on those experiences, as well as the stories of five U.S. veterans who returned to make reparations. Their successes in antiwar organizing will challenge the myths that still linger from that era, and inspire a new generation seeking peaceful solutions to war and conflict today. Contributors include: