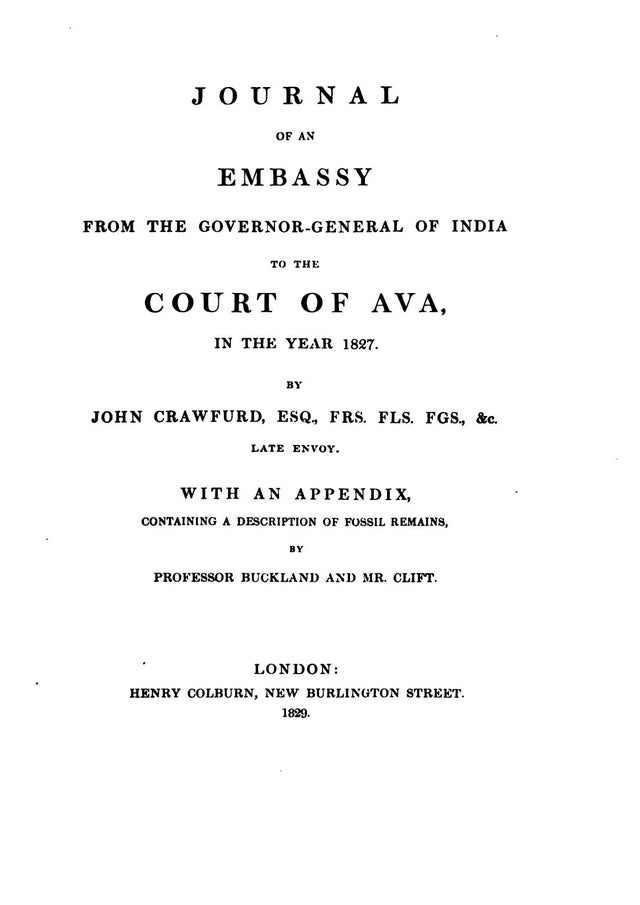 Journal of an Embassy from the Governor General of India to the Court of Ava, in the Year 1827

After studying medicine at Edinburgh, John Crawfurd (1783–1868) joined the medical service of the East India Company. While posted at Penang, he studied the Malay language and culture and became an expert in Eastern affairs. His talent was recognised by the British Government, which entrusted to him both administrative and diplomatic responsibilities. He was sent as an envoy on many missions, most notably to the Court of Siam (Thailand) where his efforts led to a possibility of opening up the diplomatic relations between the two countries, troubled since the seventeenth century. In 1827, he was sent on his last diplomatic assignment in the service of the East India Company, to the Court of Ava (then the capital of present-day Myanmar (Burma)). This 1829 work describes his experiences at Ava, and provided a reference source for subsequent missions. The appendix contains several relevant official communiqués.