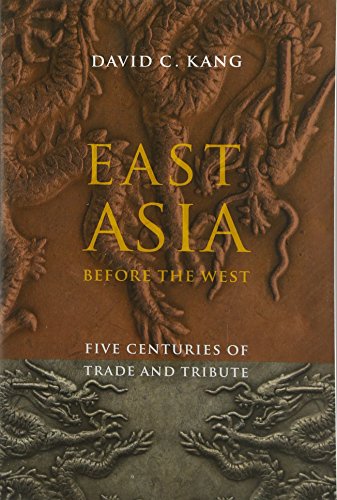 East Asia Before the West: Five Centuries of Trade and Tribute

From the founding of the Ming dynasty in 1368 to the start of the Opium Wars in 1841, China has engaged in only two large-scale conflicts with its principal neighbors, Korea, Vietnam, and Japan. These four territorial and centralized states have otherwise fostered peaceful and long-lasting relationships with one another, and as they have grown more powerful, the atmosphere around them has stabilized.

Focusing on the role of the "tribute system" in maintaining stability in East Asia and in fostering diplomatic and commercial exchange, Kang contrasts this history against the example of Europe and the East Asian states' skirmishes with nomadic peoples to the north and west. Although China has been the unquestioned hegemon in the region, with other political units always considered secondary, the tributary order entailed military, cultural, and economic dimensions that afforded its participants immense latitude. Europe's "Westphalian" system, on the other hand, was based on formal equality among states and balance-of-power politics, resulting in incessant interstate conflict.