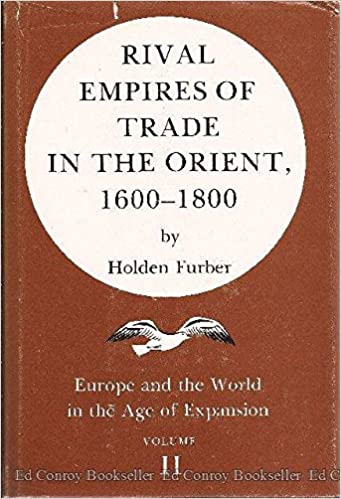 Rival Empires of Trade in the Orient, 1600-1800 was first published in 1976. Minnesota Archive Editions uses digital technology to make long-unavailable books once again accessible, and are published unaltered from the original University of Minnesota Press editions.

This volume presents an account of European expansion in Asia through the seventeenth and eighteenth centuries - the story of the rivalries of the East India companies and the growth of British maritime dominance which forged the Pax Britannica destined to keep Asia under European control until 1941. The author explains that it is called Rival Empires of Trade in the Orient because the few thousands of Europeans who built these empires thought of themselves primarily as merchants rather than as rulers.