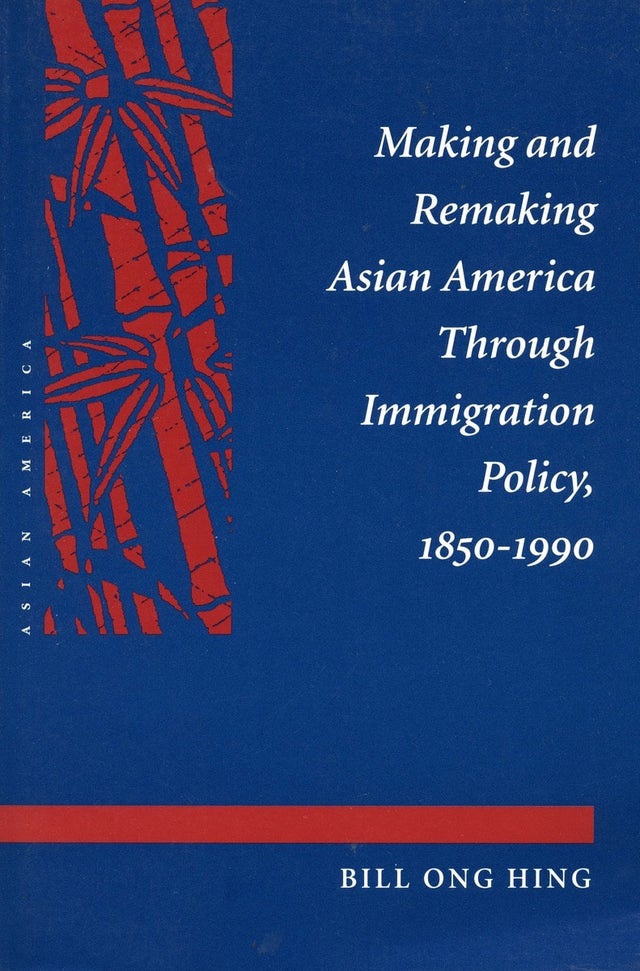 In 1882, Congress enacted immigration legislation excluding "idiots," "lunatics," and "Chinese laborers." Eventually, a series of laws restricted the entry of every Asian group, though over a period of decades these laws were repealed one by one. The most dramatic change in immigration law came in 1965. Though designed to encourage European immigration, the unintended result of changes in the selection system was that the Asian immigrant population jumped from one million in 1965 to seven million in 1990. This is the first comprehensive study of how U.S. immigration policies have shaped - demographically, economically, and socially - the six largest Asian American communities: Chinese, Filipino, Japanese, Korean, Vietnamese, and Asian Indian. For each group, the book offers detailed information, much of it previously unknown or too scattered to be useful, on gender ratios, age distributions, foreign- versus American-born ratios, geographic settlement, employment profiles, income, and poverty. The author also focuses on the impact immigration policies have had on three important areas of Asian American life experience - educational performance, political participation, and self-identity. He simply questions the validity of the images of Asian Americans as academic "whiz kids," their communities as relatively lacking in strong political interests, and the presence of a unified Asian American identity. Throughout, the author counters the frequent lumping together of Asian Americans by demonstrating their tremendous diversity of background, history, motivation, and achievement. As their numbers have grown, the visibility of Asian Americans has prompted policymakers, scholars, journalists, community organizers, activists, and, of course, restrictionists to take Asian Americans more seriously. At the same time, they have sometimes become the target of racist hostility, which is occasionally physical but more often sociopolitical and economic, such as the recent concerns over the disproportionate number of Asian Americans admitted to prestigious colleges and universities. Serious gaps in fundamental information about Asian America persist, leading to serious distortions. This pioneering work of research and analysis is intended as a step toward a better understanding of relationships and experiences that few have bothered to study.