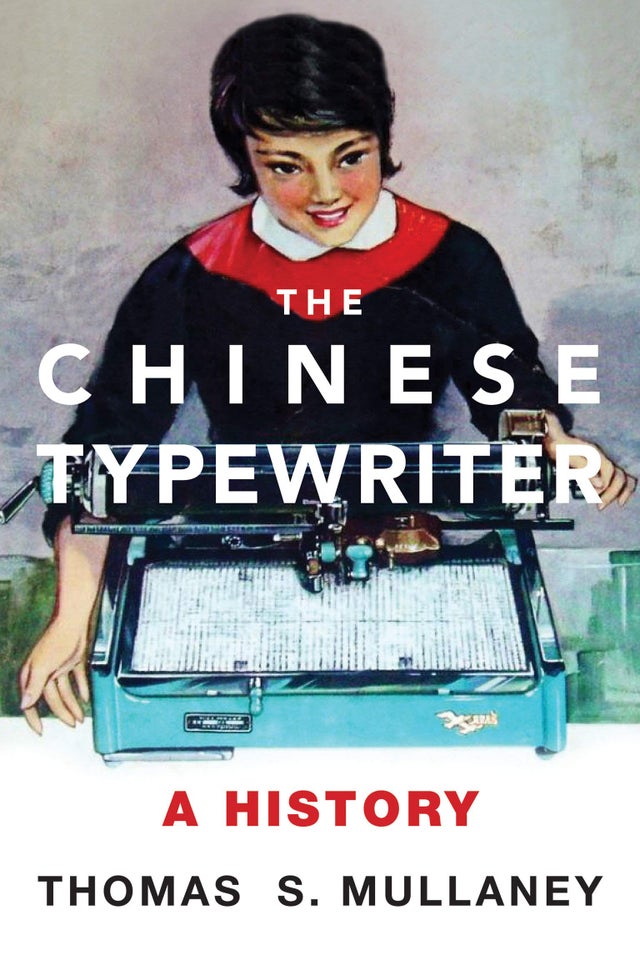 The Chinese Typewriter, A History

Sold out
Add to Cart
How Chinese characters triumphed over the QWERTY keyboard and laid the foundation for China's information technology successes today.
Chinese writing is character based, the one major world script that is neither alphabetic nor syllabic. Through the years, the Chinese written language encountered presumed alphabetic universalism in the form of Morse Code, Braille, stenography, Linotype, punch cards, word processing, and other systems developed with the Latin alphabet in mind. This book is about those encounters―in particular thousands of Chinese characters versus the typewriter and its QWERTY keyboard. Thomas Mullaney describes a fascinating series of experiments, prototypes, failures, and successes in the century-long quest for a workable Chinese typewriter.

The earliest Chinese typewriters, Mullaney tells us, were figments of popular imagination, sensational accounts of twelve-foot keyboards with 5,000 keys. One of the first Chinese typewriters actually constructed was invented by a Christian missionary, who organized characters by common usage (but promoted the less-common characters for “Jesus" to the common usage level). Later came typewriters manufactured for use in Chinese offices, and typewriting schools that turned out trained “typewriter girls” and “typewriter boys.” Still later was the “Double Pigeon” typewriter produced by the Shanghai Calculator and Typewriter Factory, the typewriter of choice under Mao. Clerks and secretaries in this era experimented with alternative ways of organizing characters on their tray beds, inventing an input method that was the first instance of “predictive text.”

Today, after more than a century of resistance against the alphabetic, not only have Chinese characters prevailed, they form the linguistic substrate of the vibrant world of Chinese information technology. The Chinese Typewriter, not just an “object history” but grappling with broad questions of technological change and global communication, shows how this happened.

A Study of the Weatherhead East Asian Institute, Columbia University

Biography
Thomas S. Mullaney is Professor of Chinese History at Stanford University, and Curator of the international exhibition, Radical Machines: Chinese in the Information Age.

He is the author of The Chinese Typewriter: A History (MIT Press 2017), Coming to Terms with the Nation: Ethnic Classification in Modern China (UC Press, 2010), and principal editor of Critical Han Studies: The History, Representation and Identity of China’s Majority (UC Press, 2011). His writings have appeared in the Journal of Asian Studies, Technology & Culture, Aeon, Foreign Affairs, and Foreign Policy, and his work has been featured in the LA Times, The Atlantic, the BBC, and in invited lectures at Google, Microsoft, Adobe, and more. He holds a PhD from Columbia University.

His new book, The Chinese Typewriter, examines China’s development of a modern, nonalphabetic information infrastructure encompassing telegraphy, typewriting, word processing, and computing. This project has received three major awards and fellowships, including the 2013 Usher Prize, a three-year National Science Foundation fellowship, and a Hellman Faculty Fellowship. The sequel to this work – The Chinese Computer: A Global History of the Information Age – will be released on MIT Press later, and will be featured in the Weatherhead Asian Series.