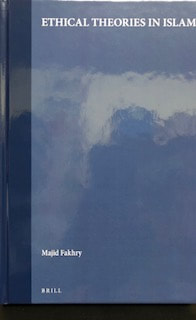 In Ethical Theories in Islam, the author has given a typology of Islamic ethics, without overlooking altogether the chronological development. Four such types of ethical theory have been isolated: the scriptural, the theological, the philosophical and the religious. The first edition has already been favourably reviewed by scholars in Europe, America and the Middle East, as a significant contribution to a little-studied subject. This second edition contains extra material from Ibn Sīnā's writings, translated into English for the first time. The book should be of interest to Islamic scholars, philosophers and historians of ethics.

Majid Fakhry, Ph.D. in Philosophy (1949), Edinburgh University, is Emeritus Professor of Philosophy, American University of Beirut, Lebanon. He has published extensively in Arabic and in English.