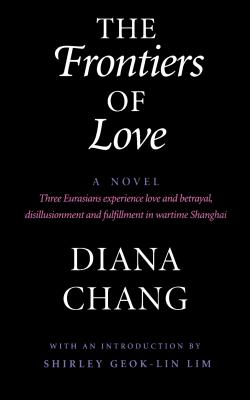 Frontiers of Love, A Novel

Set in Japanese-occupied Shanghai in 1945, The Frontiers of Love passes effortlessly in and out of Asian and Western fields of reference to explore the issue of cultural identity in a city dominated by Western colonialism. Diana Chang uses psychologial portrayal, historical narrative, and sociological observation to achieve a multidimensional view of a city both Chinese and Western, liberating and oppressive, national and international. As the character Feng observes of Shanghai, "Strictly speaking, it could not be called Chinese, though it was inhabited mostly by Chinese - Chinese who were either wealthy, Westernized, or prayed to a Christian God."

Diana Chang, the daughter of a Chinese father and a Eurasian mother, was born in New York City, but spent some of her childhood in Beijing and Shanghai as well as in the United States. She has taught creative writing at Barnard College. She is the author of five novels including: A Woman of Thirty, A Passion for Life, The Only Game in Town, Eye to Eye, and A Perfect Love.