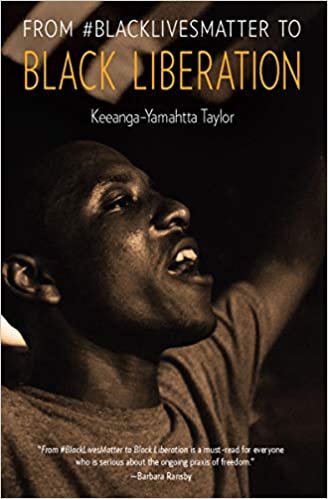 FROM #BLACKLIVESMATTER TO BLACK LIBERATION

Description for From Black Lives Matter to Black Liberation

"Keeanga-Yamahtta Taylor's searching examination of the social, political and economic dimensions of the prevailing racial order offers important context for understanding the necessity of the emerging movement for black liberation."

"Activist and scholar Keeanga-Yamahtta Taylor surveys the historical and contemporary ravages of racism and persistence of structural inequality such as mass incarceration and Black unemployment. In this context, she [also] argues that [the] new struggle against police violence holds the potential to reignite a broader push for Black liberation"

As Keeanga-Yamahtta Taylor explains in her book, “From #BlackLivesMatter to Black Liberation,” these methods were meant to feel bold and divisive. “For the young people, this meant escalating the pressure, while the ‘old guard’ continued to counsel patience and allowing the process to play out.” She notes that generational divides are common, especially when younger activists aren’t “weighed down by earlier defeats or habituated to a particular method of organizing or thinking.”

Black Lives Matter felt fresher, more revolutionary and appropriate for the times. Many people were stepping into activism and organizing work for the first time in their lives. The movement grew so fast that its members were not always in sync: Sometimes there were multiple chapters of Black Lives Matter in the same city that did not have the same strategies or even the same goals. (NYT Sept. 5, 2020)

Keeanga-Yamahtta Taylor writes on Black politics, social movements, and racial inequality in the United States. Her articles have been published in Souls: A Critical Journal of Black Politics, Culture and Society, Jacobin, New Politics, the Guardian, In These Times, Black Agenda Report, Ms., International Socialist Review, Al Jazeera America, and other publications. Taylor is assistant professor in the department of African American Studies at Princeton University.