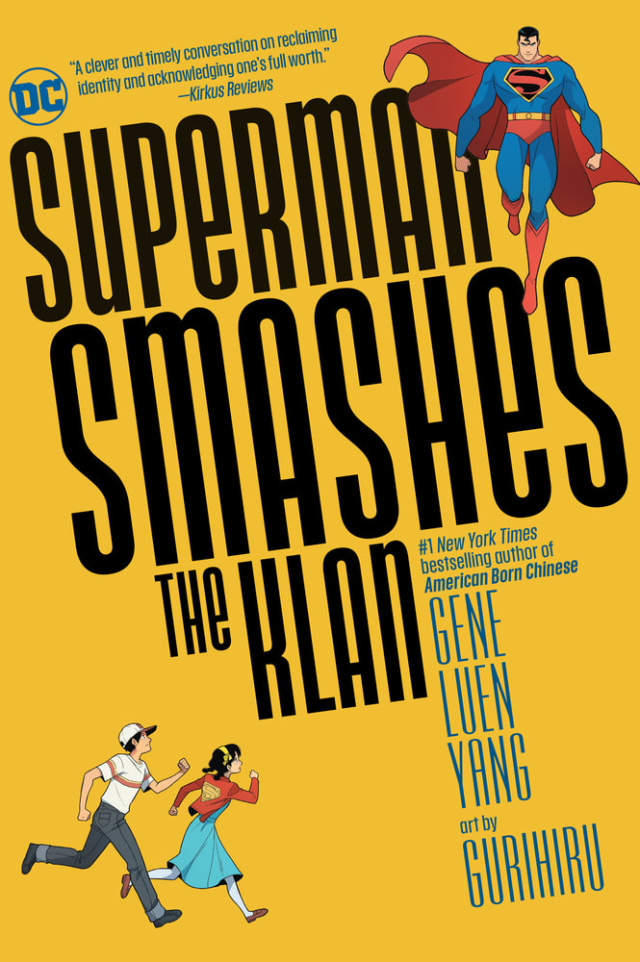 When Dr. Lee moves his family to Metropolis, his son Tommy adjusts to the new neighborhood while daughter Roberta feels out of place, so when the evil Klan of the Fiery Cross begins a string of terrorist attacks on the city, Superman fights them, and Roberta and Superman soon learn to embrace their own unique features that set them apart.

Inspired by the 1940s Superman radio serial "Clan of the Fiery Cross," Gene Luen Yang (American Born Chinese, Boxers and Saints, THE TERRIFICS, NEW SUPER-MAN) presents his personal retelling of the adventures of the Lee family as they team up with Superman to smash the Klan.

Gene Luen Yang began making comics and graphic novels more than 15 years ago. In 2006 his book American Born Chinese was published by First Second Books. It became the first graphic novel to be nominated for a National Book Award and the first to win the American Library Association's Printz Award. It also won an Eisner Award for Best Graphic Album - New. In 2013, First Second Books released Boxers & Saints, his two-volume graphic novel about the Boxer Rebellion. It was nominated for a National Book Award and won the L.A. Times Book Prize. He made his mainstream comics debut on Superman, with artists John Romita Jr. and Klaus Janson.

His other works include the comics continuation of the popular Nickelodeon cartoon Avatar: The Last Airbender. Currently he writes New Super-Man for DC Comics.