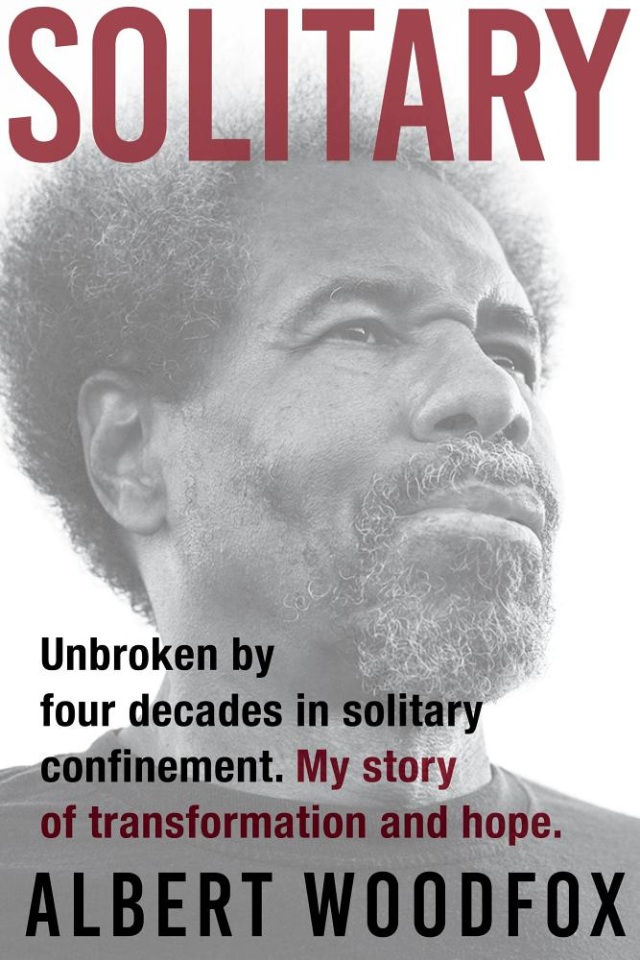 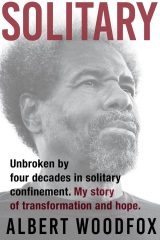 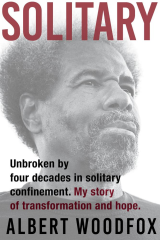 Solitary is the unforgettable life story of a man who served more than four decades in solitary confinement--in a 6-foot by 9-foot cell, 23 hours a day, in notorious Angola prison in Louisiana--all for a crime he did not commit. That Albert Woodfox survived was, in itself, a feat of extraordinary endurance against the violence and deprivation he faced daily. That he was able to emerge whole from his odyssey within America's prison and judicial systems is a triumph of the human spirit, and makes his book a clarion call to reform the inhumanity of solitary confinement in the U.S. and around the world.

Arrested often as a teenager in New Orleans, inspired behind bars in his early twenties to join the Black Panther Party because of its social commitment and code of living, Albert was serving a 50-year sentence in Angola for armed robbery when on April 17, 1972, a white guard was killed. Albert and another member of the Panthers were accused of the crime and immediately put in solitary confinement by the warden. Without a shred of actual evidence against them, their trial was a sham of justice that gave them life sentences in solitary. Decades passed before Albert gained a lawyer of consequence; even so, sixteen more years and multiple appeals were needed before he was finally released in February 2016.

Remarkably self-aware that anger or bitterness would have destroyed him in solitary confinement, sustained by the shared solidarity of two fellow Panthers, Albert turned his anger into activism and resistance. The Angola 3, as they became known, resolved never to be broken by the grinding inhumanity and corruption that effectively held them for decades as political prisoners. He survived to give us Solitary, a chronicle of rare power and humanity that proves the better spirits of our nature can thrive against any odds.

About the Author
Albert Woodfox was born in 1947 in New Orleans. A committed activist in prison, he remains so today, speaking to a wide array of audiences, including the Innocence Project, Harvard, Yale, and other universities, the National Lawyers Guild, as well as at Amnesty International events in London, Paris, Denmark, Sweden, and Belgium. He lives in New Orleans.

​Reviews
Praise for SolitaryLonglisted for the National Book Award in Nonfiction

"An uncommonly powerful memoir about four decades in confinement . . . A profound book about
friendship . . . Woodfox reminds us, in Solitary, of the tens of thousands of men, women, and children in solitary confinement in the United States. This is torture of a modern variety. If the ending of this book does not leave you with tears pooling down in your clavicles, you are a stronger person than I am. More lasting is Woodfox's conviction that the American justice system is in dire need of reform."--Dwight Garner, New York Times

"A candid, heartbreaking, and infuriating chronicle . . . as well as a personal narrative that shows how institutionalized racism festered at the core of our judicial system and in the country's prisons . . . It's impossible to read Solitary and not feel anger . . . A timely memoir of that experience that should be required reading in the age of the Black Lives Matter movement. It's also a story of conviction and humanity that shows some spirits are unbreakable."--NPR

"Heart-rending . . . Solitary is Woodfox's pointillist account of an already boxed-in childhood and adolescence in the streets of New Orleans--by his own admission, an existence marked by ignorance and devoted to petty and increasingly serious crime--and the near entirety of an intellectually and spiritually expansive adulthood spent in one of the most brutal prisons in the country (and therefore the world) . . . Some of the most touching writing on platonic male friendship I have every encountered . . . 'We must imagine Sisyphus happy, ' Camus famously wrote, and such a prompt is the ennobling virtue at the core of Solitary. It lifts the book above mere advocacy or even memoir and places it in the realm of stoic philosophy."--Thomas Chatterton Williams, New York Times Book Review

"Wrenching, sometimes numbing, sometimes almost physically painful to read. You want to turn away, put the book down: Enough, no more! But you can't, because after forty-plus years, the very least we owe Woodfox is attention to his story . . . [Solitary's] moral power is so overwhelming . . . Solitary should make every reader writhe with shame and ask: What am I going to do to help change this?"--Washington Post

"Solitary is evidence of Woodfox's extraordinary mental resilience in the face of relentless state cruelty. The pacing is brisk, with brief stops to reflect on the United States' mass incarceration of black people, Woodfox's black identity, and his personal philosophy, much of it centered on the Black Panther Party's 10-Point Program. Woven together, these strands form an indictment of the U.S. criminal justice system that should be read for generations."--Globe and Mail

"We have had the opportunity to read a new book called Solitary by Albert Woodfox. Anyone who believes in capital punishment should read it . . . We should consider the story of Albert Woodfox. How can you call for the death penalty when you know an innocent man could be in the gallows? Is that risk civilized society can take? Not here, not now. Not ever again."--Art Cullen, Storm Lake Times

"[Woodfox's] incredible story is necessary reading, not only to understand our era of mass incarceration, but the entire history of the judicial system in America."--Town & Country

"In this devastating, superb memoir, Woodfox reflects on his decades inside the Louisiana prison system . . . The book is a stunning indictment of a judicial system 'not concerned with innocence or justice, ' and a crushing account of the inhumanity of solitary confinement. This breathtaking, brutal, and intelligent book will move and inspire readers."--Publishers Weekly (starred review)
"In beautifully poetic language that starkly contrasts the world he's describing, Woodfox awes and inspires. He illustrates the power of the human spirit, while illuminated the dire need for prison reform in the United States. Solitary is a beautiful blend of passion, terror, and hope that everyone needs to experience."--Shelf Awareness (starred review)

"A man who spent four decades in solitary confinement for a crime he did not commit tells his shocking story . . . Woodfox explains how he overcame [brutal conditions] despite relentless despair . . . An important story for these times . . . An astonishing true saga of incarceration that would have surely faced rejection if submitted as a novel on the grounds that it could never happen in real life."--Kirkus Reviews
"Solitary is an astounding story and makes clear the inhumanity of solitary confinement. How Albert Woodfox maintained his compassion and sense of hope throughout his ordeal is both amazing and inspiring."--Ibram X. Kendi, author of Stamped from the Beginning, winner of the National Book Award
"Sage, profound and deeply humane, Albert Woodfox has authored an American testament. Solitary is not simply an indictment of the cruelties, absurdities and hypocrisies of the criminal justice system, it is a call to conscience for all who have allowed these acts to be done in our name."--Jelani Cobb, author of The Substance of Hope

"A man who would not be broken. Not by more than 40 years of solitary in Angola, not by maddening injustice in courts, not by beatings, isolation, or loneliness. Albert's courage, wisdom, and kindness will inspire all who fight for social justice and have the good sense to read this book."--Barry Scheck, Co-Founder of the Innocence Project

"Albert Woodfox's extraordinary life story is both an inspiring triumph of the human spirit and a powerful call for the necessity of prison reform."--Van Jones, President of the Dream Corps and Host of CNN's "The Van Jones Show"

"Albert Woodfox shares his coming-of-age story with crystal clear-eyed perspective, holding nothing back as he unwraps the unvarnished truth of his life. Deftly weaving the undeniable threads of race, class, and systemic inequities that made his story--and so many similar ones--possible, his journey of resilience, perseverance, growth, and triumph is at once a cautionary tale, a challenge to all we think we know about the justice system, and an inspiring testimony to the power of the human spirit."--Reverend Leah Daughtry, co-author of For Colored Girls Who Have Considered Politics

"Solitary is the stunning record of a hero's journey. In it a giant, Albert Woodfox, carries us boldly and without apology through the powerful, incredibly painful yet astonishingly inspiring story of a life lived virtually in chains. He is, as readers will learn, a 'Man of Steel.'

​Every white person in America must read this book. It should be required reading for every advocate of 'law and order, ' every prosecutor, every warden, every prison guard and every police officer in America. It should be taught in every law school and every political science class. And any 'public servant' currently holding a local, state or federal office who refuses to read it should step down.
As a citizen of the United States, this book embarrasses me deeply. And it makes me furious."--Mike Farrell, author of Just Call Me Mike and Of Mule and Man