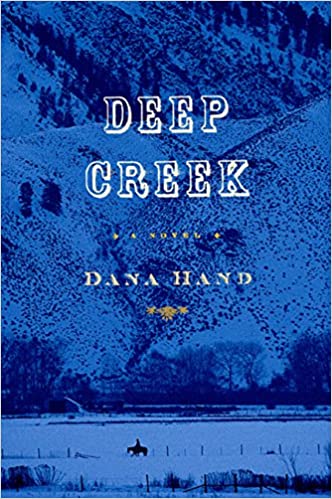 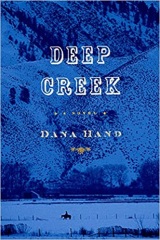 1 available
Add to Cart
A WORLD-WEARY LAWMAN, A BEAUTIFUL AND HAUNTED METIS TRACKER, AND A YOUNG CHINESE INVESTIGATOR SET OUT TO SOLVE A HIDEOUS CRIME ON THE BANKS OF THE SNAKE RIVER.

Idaho Territory, June 1887. A small-town judge takes his young daughter fishing, and she catches a man. Another body surfaces, then another. The final toll: over 30 Chinese gold miners brutally murdered. Their San Francisco employer hires Idaho lawman Joe Vincent to solve the case.

Soon he journeys up the wild Snake River with Lee Loi, an ambitious young company investigator, and Grace Sundown, a métis mountain guide with too many secrets. As they track the killers across the Pacific Northwest, through haunted canyons and city streets, each must put aside lies and old grievances to survive a quest that will change them forever.

Deep Creek is a historical thriller inspired by actual events and people: the 1887 massacre of Chinese miners in remote and beautiful Hells Canyon, the middle-aged judge who went after their slayers, and the sham race-murder trial that followed. This American tragedy was long suppressed and the victims nearly forgotten; Deep Creek teams history and imagination to illuminate how and why, in a seamless, fast-moving tale of courage and redemption, loss and love. A dazzling new novel for fans of Leif Enger, Lisa See, and Ivan Doig.

From Publishers Weekly
The 1887 massacre of more than 30 Chinese gold miners in a remote area of the Idaho territory provides the real-life foundation for this engrossing look at racial prejudice and the settling of the West, the first novel from Hand (the pen name for William Howarth and Anne Matthews). After police judge Joe Vincent and his 10-year-old daughter, Nell, find a body while fishing, more brutally mutilated bodies turn up along the Snake River. The Sam Yup Company, a Chinese labor exchange, hires Vincent to find the culprits. Lee Loi, an ambitious investigator, and Grace Sundown, a Métis mountain guide who shares a past with Vincent, join the hunt. The three track a murderous crew through remote canyons and towns. The plot soon evolves into an insightful look at how Chinese immigrants and American Indians became the targets of rage and violence. The subsequent capture and trial of the killers illustrate that how the West was won was neither simple nor fair to minorities.

From Bookmarks Magazine
A fascinating account that's equally effective as mystery, Western history and character study (Las Vegas Review-Journal), this gripping, complex novel captivated the critics with its moving story, engaging characters, and stark, evocative writing. Building a novel around actual events can be tricky, but these first-time novelists carry it off with aplomb, seamlessly interweaving fact and fiction to fill in the historical gaps. Howarth and Matthews paint a vivid, visceral portrait of the Old West, bringing to life America's enduring struggles with diversity and racial tension. The Oregonian alone voiced complaints, including an objection to liberties taken with real-life characters. Nonetheless, most critics agreed that "fans of Northwest history, Westerns and mysteries will find much to like in this tale" (Seattle Times).​
​

​About the Author
Dana Hand is the pen name of Will Howarth and Anne Matthews, who live and work in Princeton, New Jersey. Under their own names, they have published eighteen nonfiction books on American history, literature, and public issues.