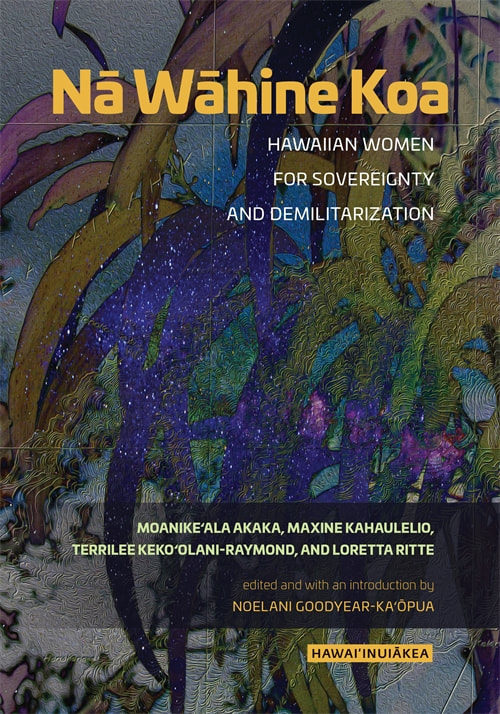 Nā Wāhine Koa: Hawaiian Women for Sovereignty and Demilitarization documents the political lives of four wāhine koa (courageous women): Moanike'ala Akaka, Maxine Kahaulelio, Terrilee Keko'olani-Raymond, and Loretta Ritte, who are leaders in Hawaiian movements of aloha 'āina. They narrate the ways they came into activism and talk about what enabled them to sustain their involvement for more than four decades. All four of these warriors emerged as movement organizers in the 1970s, and each touched the Kaho'olawe struggle during this period. While their lives and political work took different paths in the ensuing decades--whether holding public office, organizing Hawaiian homesteaders, or building international demilitarization alliances--they all maintained strong commitments to Hawaiian and related broader causes for peace, justice, and environmental health into their golden years. They remain koa aloha 'āina--brave fighters driven by their love for their land and country.