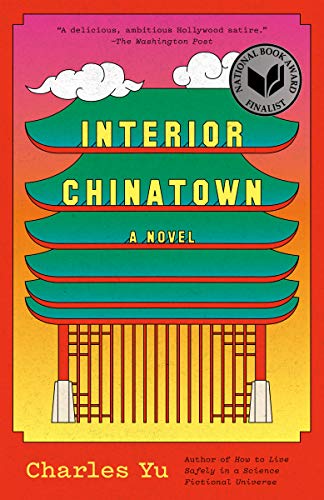 ​Description
Soon to be a Hulu series: from the infinitely inventive author of How to Live Safely in a Science Fictional Universe, a deeply personal novel about race, pop culture, immigration, assimilation, and escaping the roles we are forced to play.Willis Wu doesn't perceive himself as the protagonist in his own life: he's merely Generic Asian Man. Sometimes he gets to be Background Oriental Making a Weird Face or even Disgraced Son, but always he is relegated to a prop. Yet every day, he leaves his tiny room in a Chinatown SRO and enters the Golden Palace restaurant, where Black and White, a procedural cop show, is in perpetual production. He's a bit player here, too, but he dreams of being Kung Fu Guy--the most respected role that anyone who looks like him can attain. Or is it?After stumbling into the spotlight, Willis finds himself launched into a wider world than he's ever known, discovering not only the secret history of Chinatown, but the buried legacy of his own family. Infinitely inventive and deeply personal, exploring the themes of pop culture, assimilation, and immigration--Interior Chinatown is Charles Yu's most moving, daring, and masterful novel yet.

From NPR's Now Read This Q&A with Charles Yu:
Question: Violence against Asian Americans is on the rise, probably exacerbated with the coronavirus originating from China. But you wrote this book before all this happened. How do you feel about the current situation with the violence against Asians in the U.S.?
Charles Yu: It’s obviously horrifying to see some of these stories and videos that are circulating and hear about this huge surge in both sentiment and physical attacks on people. On the one hand, I feel this fear for vulnerable people and fear for people within communities that I am a part of. On the other hand, if anything, it’s maybe an opportunity to have conversations or at least increase awareness that this type of sentiment still does exist.
​
I think sometimes it’s easy to feel like either because of socio-economic success or maybe just a sense of complacency that things have gotten better, that it’s all pretty much the way it’s supposed to work — people come, they assimilate and they’re generally accepted. Sadly, a lot of recent events have shown that underneath there is still a lot of either animosity or xenophobia. I don’t want to make a silver lining out of it, but it is an occasion for conversation that needs to be had.

​2020 NATIONAL BOOK AWARD FINALIST One of the funniest books of the year. . . . A delicious, ambitious Hollywood satire. --The Washington Post

"One of the funniest books of the year has arrived, a delicious, ambitious Hollywood satire." --The Washington Post

"Fresh and beautiful . . . Interior Chinatown represents yet another stellar destination in the journey of a sui generis author of seemingly limitless skill and ambition." --Jeff VanderMeer, The New York Times Book Review

"Author Charles Yu: 'Interior Chinatown' is about roles and how we play them."  -- Ann Brice, Berkeley News