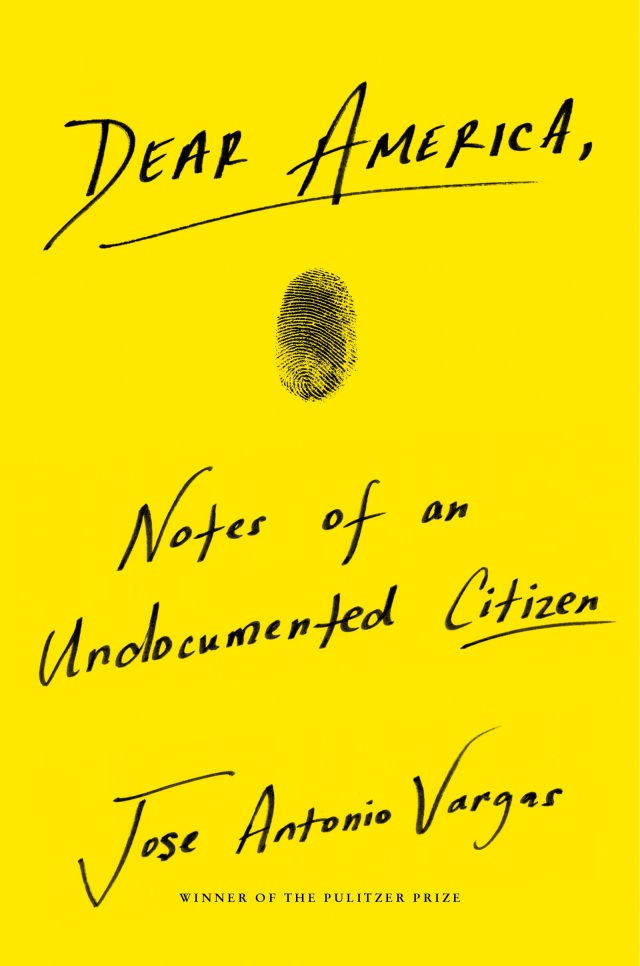 After 25 years of living illegally in a country that does not consider me one of its own, this book is the closest thing I have to freedom. --Jose Antonio Vargas, from Dear America

Dear America: Notes Of An Undocumented Citizen is an urgent, provocative and deeply personal account from Jose Antonio Vargas, a Pulitzer Prize-winning journalist who happens to be the most well-known undocumented immigrant in the United States. Born in the Philippines and brought to the U.S. illegally as a 12-year-old, Vargas hid in plain-sight for years, writing for some of the most prestigious news organizations in the country (Washington Post, The New Yorker) while lying about where he came from and how he got here. After publicly admitting his undocumented status--risking his career and personal safety--Vargas has challenged the definition of what it means to be an American, and has advocated for the human rights of immigrants and migrants during the largest global movement of people in modern history. Both a letter to America and a window into Vargas's America, this book is a transformative argument about migration and citizenship, and an intimate, searing exploration on what it means to be home when the country you call your home doesn't consider you one of its own.

My name is Jose Antonio Vargas. I was born in the Philippines. When I was twelve, my mother sent me to the United States to live with her parents. While applying for a driver’s permit, I found out my papers were fake. More than two decades later, I am still here illegally, with no clear path to American citizenship. To some people, I am the “most famous illegal” in America. In my mind, I am only one of an estimated 11 million human beings whose uncertain fate is under threat in a country I call my home.

This is not a book about the politics of immigration. This book—at its core—is not about immigration at all. This book is about homelessness, not in a traditional sense, but about the unsettled, unmoored psychological state in which undocumented immigrants like me find ourselves. This book is about lying and being forced to lie to get by; about passing as an American and as a contributing citizen; about families, keeping them together, and having to make new ones when you can’t. This book is about what it means to not have a home.