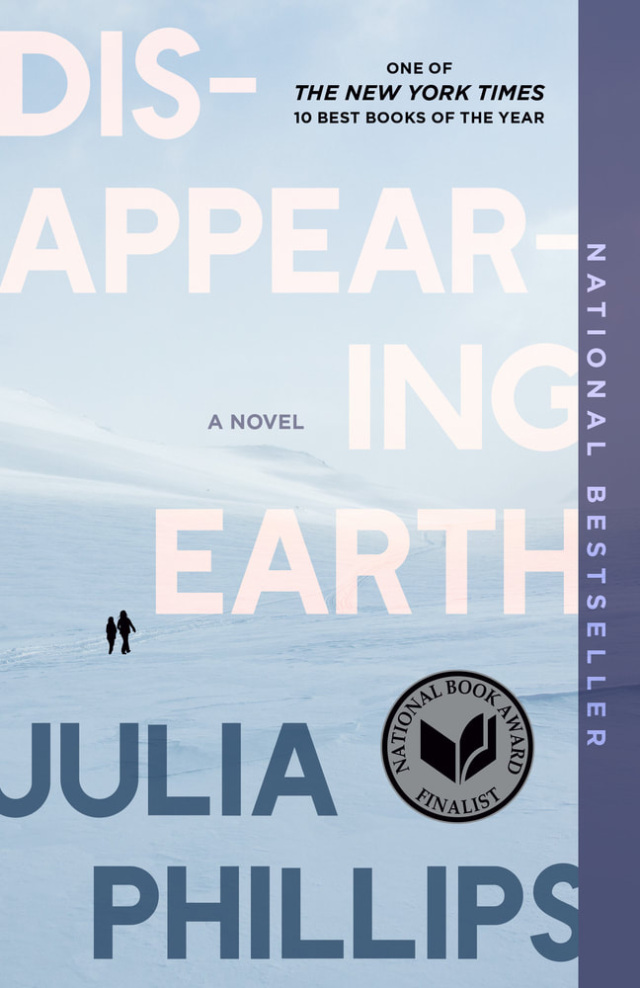 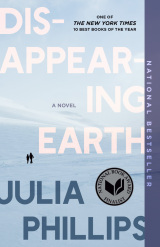 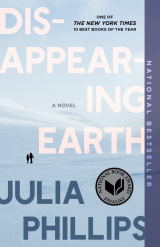 One August afternoon, two sisters--Sophia, eight, and Alyona, eleven--go missing from a beach on the far-flung Kamchatka Peninsula in northeastern Russia. Taking us through the year that follows, Disappearing Earth enters the lives of women and girls in this tightly knit community who are connected by the crime: a witness, a neighbor, a detective, a mother. We are transported to vistas of rugged beauty--open expanses of tundra, soaring volcanoes, dense forests, the glassy seas that border Japan and Alaska--and into a region as complex as it is alluring, where social and ethnic tensions have long simmered, and where outsiders are often the first to be accused. In a story as propulsive as it is emotionally engaging, Julia Phillips's powerful novel brings us to a new understanding of the intricate bonds of family and community, in a Russia unlike any we have seen before.

About the Author
Julia Phillips is a Fulbright Fellow whose writing has appeared in The New York Times, The Atlantic, The Moscow Times, and The Paris Review. She lives in Brooklyn.

"Thrilling. . . . This mystery takes you to a scrappy ice-bound town in Russia's frozen north. Rumors and rivalries, secrets and lies, all add up to a compelling portrayal of a community under siege." --People

"Mesmerizing. . . . It's the strength of Phillips's writing, her careful attention to character and tone, that will grip you right up until the final heart-stopping pages." --Vanity Fair

"A sophisticated and powerful literary thriller. . . . A knock-out." --Los Angeles Review of Books

"Invigoratingly hard to classify. . . . [Phillips] ingeniously dismantl[es] . . . convention[s] . . . . The ending of Disappearing Earth ignites an immediate desire to reread the chapters leading up to it." --The New Yorker

"A miracle of structure, premise, and content, this ingenious debut spins out the narratives of twelve different women. . . . Reindeer herders, ballerinas, avalanches, volcanoes . . . Phillips's luring writing will transform Kamchatka from a place you've never heard of to a place you never want to leave." --The Rumpus

"[Weaves] a net as taut and intricate as any thriller plot but rich in detail about relationships, historical scars, and the specific and universal trials of being a woman." --Vulture

"Stunning. . . . Beautifully delineated scenes. . . . The situations remain strange in their specificities and universal in their familiarity. . . . The mystery is worth reading until the very end." --NPR

"Absorbing and extraordinarily well crafted. . . . It is a many-stranded crime story. It is also a complex portrait of clashing cultures." --The Boston Globe

"Unshakeable . . . Disappearing Earth has the makings of a lurid thriller, but first-time novelist Julia Phillips does something more sophisticated than that. . . . It's so specific, and yet so universal. These are stories of women the world over." --USA Today

"Riveting, deeply rewarding. . . . As each succeeding story of "Disappearing Earth" takes us another month away from hope that Sophia and Alyona will be found alive, it becomes apparent that the book is not about the sisters but about a place so remote and unfriendly that it only takes a couple of months for a tragedy to become a dark fairy tale the characters tell one another. . . . Beautifully written fiction." --Minneapolis Star Tribune

"Accomplished and gripping. . . . Phillips' spellbinding prose is saturated with sensuous nuance and emotional intensity, as she subtly traces the shadows of Russia's past and illuminates today's daunting complexities of gender and identity, expectations and longing." --Booklist (starred review)