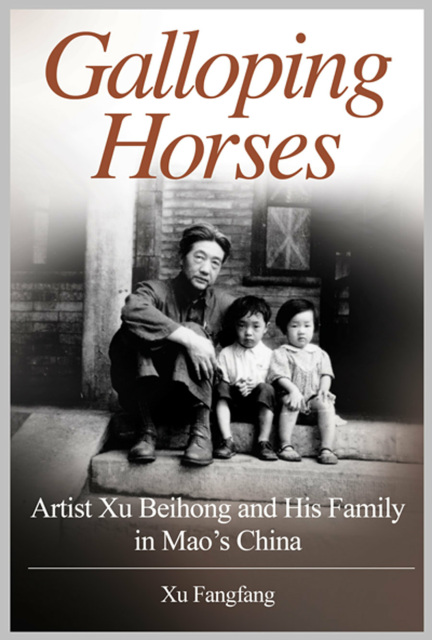 Famous for his ink brush paintings of galloping horses, pioneering Chinese artist Xu Beihong (integrated Chinese and Western painting and mentored generations of artists. Galloping Horses describes how his legacy survived Mao's ever-changing policies, which dictated the direction of art and music from 1949 through the Cultural Revolution.

Xu Beihong (1895-1953) is widely known as the father of modern Chinese painting. The human feelings and Chinese aesthetics in his art have moved the hearts of many viewers throughout the world. Xu Beihong pioneered China's art education. He was the first Chinese artist to systematically incorporate high-standard Western sketching from life and oil painting into the curricula at China’s major art institutions. From 1927 until his death in 1953, he trained several generations of Chinese artists.

Xu Beihong's daughter narrates this story of the Xu family, its tragedies, and the perseverance of Xu's widow Liao Jingwen, keeper of her husband's legacy for sixty years after his death. The author, a pianist and arts administrator, together with Xu Beihong's son, an artist and art teacher, and their mother, with commitment and struggle, carried forward Xu's legacy and accomplished his unfulfilled missions. The author describes her life and education as a music student in Mao Zedong's China and her work as a professional musician in Jiang Qing's model Peking opera.

Born and raised in Beijing, China, Xu Fangfang moved to the U.S. in 1981 and earned a B.A. in history from the University of California, Berkeley, and an M.B.A. from Stanford University. In 2000, she became the founding director of the music department at Renmin University of China. She helped initiate and facilitate the first comprehensive solo U.S. exhibition of her father Xu Beihong’s work, presented by the Denver Art Museum, Oct. 2011-Jan. 2012. She has published several articles on Xu Beihong and his art, including “Xu Beihong, Pioneer of Modern Chinese Painting” in Arts of Asia 42, no. 1 (2012), and “Xu Beihong’s Life and Art” in Xu Beihong: Pioneer of Modern Chinese Painting, Denver Art Museum, 2011.