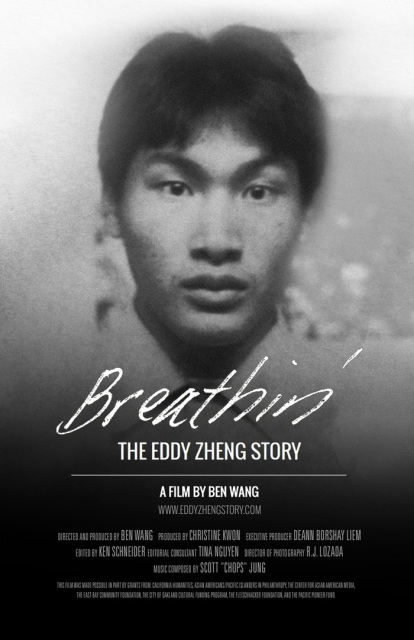 SKU:
$20.00
$20.00
Unavailable
per item
Directed and produced by Ben Wang
ISBN: 888295492454
Format: DVD
Year: 2016
BREATHIN’: THE EDDY ZHENG STORY is a documentary feature about a Chinese immigrant who became the youngest prisoner at San Quentin State Prison and later one of the nation’s most recognized leaders on prison reform and youth violence prevention. Eddy entered the criminal justice system at 16 years old with limited understanding of the English language or the U.S. judicial system. After spending time in the California Youth Authority, he was transferred to San Quentin State Prison as soon as he turned 18. While in prison, Eddy learned English, earned his college degree, published his poetry, and transformed into a nationally recognized leader—inspiring youth, activists, and politicians on issues of prison reform and youth violence prevention. As an advocate for Ethnic Studies in the prison college curriculum, Eddy was sent to solitary confinement for 11 months, where he garnered support from community activists and leaders. Even as Eddy fought systemic injustices, he continued to fight an internal battle. Spending nearly two decades in prison left a physical and mental toll on him, an all-too-common phenomenon for the incarcerated. What is more, Eddy had to reconcile with his family, for whom the shame and stigma of prison caused a lifetime of secrets and lies. Despite being released from immigration custody in 2007, Eddy has been ordered deported to China and awaits the final court decision. With the looming possibility of deportation, Eddy must negotiate what it means to “live freely”—attempting to rebuild a family, reconcile with his victims, and make a lasting change in society at large.
Add to Cart