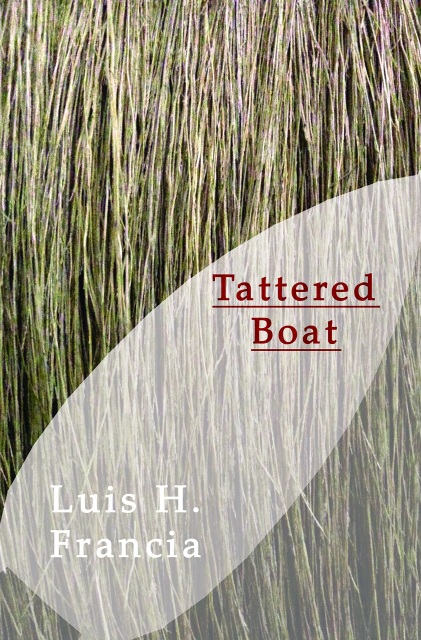 Add to Cart
Description
Ranging over a diverse array of subjects, whether it is Christ as a Jewish retiree in Miami, the frog prince, a suicide bomber, or Hamlet s famous soliloquy, Tattered Boat exemplifies Luis H. Francia's quest for the lyrical line that fulfills the impulse towards non-narrative meaning.

These are poems rife with double entendres, contradictions, and playful ironies. As Danton Remoto puts it, Like Wang Wei in his middle passage, the poet traces in the air the smoke rings of journeys and destinations, deaths, and rebirths. Per Krip Yuson, the collection represents the inquisition of a planet fraught with false gods.

The book expands on similar themes explored in Museum of Absences (co-published by Meritage Press and the University of the Philippines Press). Of those works, Nick Carbo writes that Francia s themes of love, loss, and redemption weave through the collection with the expert hand of a Stephane Mallarmé or a Federico Fellini. His last publication, The Beauty of Ghosts, portrayed the Filipino immigrant experience in the voices of individual sojourners to these shores, from an overworked nurse in Queens to a teenaged rapper.

About the Author
​In addition to Tattered Boat, Luis H. Francia is the author of other poetry collections, including The Beauty of Ghosts, Museum of Absences, and The Arctic Archipelago and Other Poems. His poetry has appeared in numerous journals and anthologies, including Language for a New Century and Love Rise Up! ! His poems have been translated into Spanish, German, and Filipino. His memoir, Eye of the Fish: A Personal Archipelago, won both the 2002 PEN Open Book and the Asian American Writers awards. He edited Brown River, White Ocean: An Anthology of Twentieth Century Philippine Literature in English, and co-edited the literary anthology Flippin : Filipinos on America and Vestiges of War: The Philippine-American War and the Aftermath of an Imperial Dream, 1899-1999. Included in the Library of America s Becoming Americans: Four Centuries of Immigrant Writing, Francia is on the faculty of Asian American Studies at New York University and Hunter College, and teaches poetry and creative nonfiction at City University of Hong Kong s MFA Program. He and his wife live in Queens.​

Review​
...sly use of language, the child s rayon-box of colors, the startling combination of words are found in Tattered Boat. But there s a more sober and serious vein, in this book full of questions: Where are you, master of the doorless/ house, assembler and avatar inchoate? Like Wang Wei in his middle passage, the poet traces in the air the smoke rings of journeys and destinations, deaths and rebirths. But be warned: Luis H. Francia s finger is still on the quickening pulse, his pen on the slippery page. He writes: I like the language of burps/ And hiccups,/ The belch from the belly, the/ Chant after a meal/ ... the catch in the long/ Plumed throat, song of/ Guttural and vowel Such contradictions make this collection a delicious meal for the body and soul. --Danton Remoto

Rhetorical questions implode throughout Luis H. Francia s Tattered Boat ... Given his global concerns and universal queries, the sea-tossing is still the inquisition of a planet fraught with false gods. Answers lead to a revelation of neither-ness as celestial mortal. And it spurs on the wanderer through islands rife with idiot loves and slaughtered angels ... Occasionally the poet as seer conjures the ordinary: a hand, a foot, a tree, a kiss, an encounter with a dentist. Tis all fair game for the troubadour who also surveys the ghosts of the younger self, survives after calibrating the very air, and reaches shore after shore. --Krip Yuson