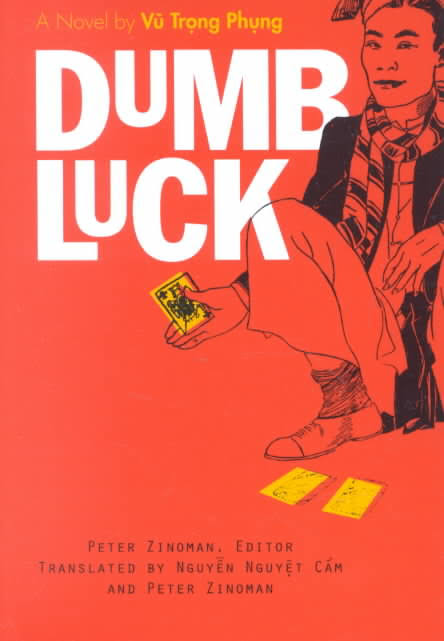 Banned in Vietnam until 1986, Dumb Luck--by the controversial and influential Vietnamese writer Vu Trong Phung--is a bitter satire of the rage for modernization in Vietnam during the late colonial era. First published in Hanoi during 1936, it follows the absurd and unexpected rise within colonial society of a street-smart vagabond named Red-haired Xuan. As it charts Xuan's fantastic social ascent, the novel provides a panoramic view of late colonial urban social order, from the filthy sidewalks of Hanoi's old commercial quarter to the gaudy mansions of the emergent Francophile northern upper classes. The transformation of traditional Vietnamese class and gender relations triggered by the growth of colonial capitalism represents a major theme of the novel.

Dumb Luck is the first translation of a major work by Vu Trong Phung, arguably the greatest Vietnamese writer of the twentieth century. The novel's clever plot, richly drawn characters and humorous tone and its preoccupation with sex, fashion and capitalism will appeal to a wide audience. It will appeal to students and scholars of Vietnam, comparative literature, colonial and postcolonial studies, and Southeast Asian civilization.

About the author and translator

Vu Trong Phung died in Hanoi, in 1939 at the age of twenty-seven. He is the author of at least eight novels, seven plays, and several other works of fiction in addition to Dumb Luck.