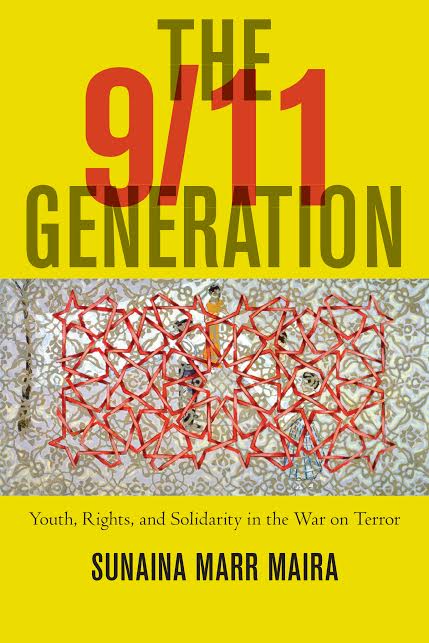 The 9/11 Generation: Youth, Rights, and Solidarity in the War on Terror

SKU: 9781479880515
$30.00
$30.00
Unavailable
per item
Author: Sunaina Marr Maira
ISBN: 9781479880515
Publisher:  NYU Press
Year: 2016
Format: Paperback
Condition: New
Sold out
Add to Cart
Since the attacks of 9/11, the banner of national security has led to intense monitoring of the politics of Muslim and Arab Americans. Young people from these communities have come of age in a time when the question of political engagement is both urgent and fraught.

In The 9/11 Generation, Sunaina Marr Maira uses extensive ethnography to understand the meaning of political subjecthood and mobilization for Arab, South Asian, and Afghan American youth. Maira explores how young people from communities targeted in the War on Terror engage with the “political,” forging coalitions based on new racial and ethnic categories, even while they are under constant scrutiny and surveillance, and organizing around notions of civil rights and human rights. The 9/11 Generation explores the possibilities and pitfalls of rights-based organizing at a moment when the vocabulary of rights and democracy has been used to justify imperial interventions, such as the U.S. wars in Iraq and Afghanistan. Maira further reconsiders political solidarity in cross-racial and interfaith alliances at a time when U.S. nationalism is understood as not just multicultural but also post-racial. Throughout, she weaves stories of post-9/11 youth activism through key debates about neoliberal democracy, the “radicalization” of Muslim youth, gender, and humanitarianism.REVIEWS