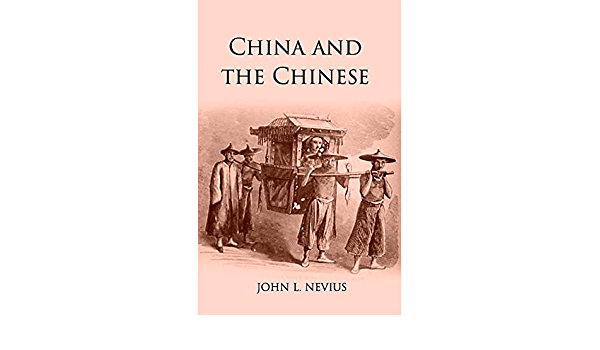 China and the Chinese

The author has made a noble attempt to draw a beautiful sketch on various aspects of China that is about a general description of the country and its inhabitants; its civilization and form of government; its religious and social institutions; its intercourse with other nations; and its present condition and prospects during his ten years residence for missionary work in 1869. Their ignorance of other countries is truly remarkable; but hardly more so than that which exists among Western nations with reference to the Chinese. The writer has been asked by educated men in the United States — "Are not the Chinese a remarkably dull and uninteresting people? Are they susceptible of feelings of affection and gratitude? Are you able to develop their intellectual and moral perceptions; and have any of them really become true and reliable Christians? The book has 28 chapters that first describes a general view of the empire and further on it goes to cover Confucius and Confucianism, competitive exams and schools, the constitution of the government, the religions of China, Buddhism, Taoism, rites and beliefs superstitions and Fung-shui, modes of divination, Languages of China, Benevolent institutions of China, moral tract Literature of China, social customs, national festivals, Chinese character and civilization, intercourse with Western India, four chapters on missionary life activities in China; the book ends with a chapter on the Tai-ping rebellion and the future prospects of the nation. The book has a number of illustrations and a map to delineate the things vividly.