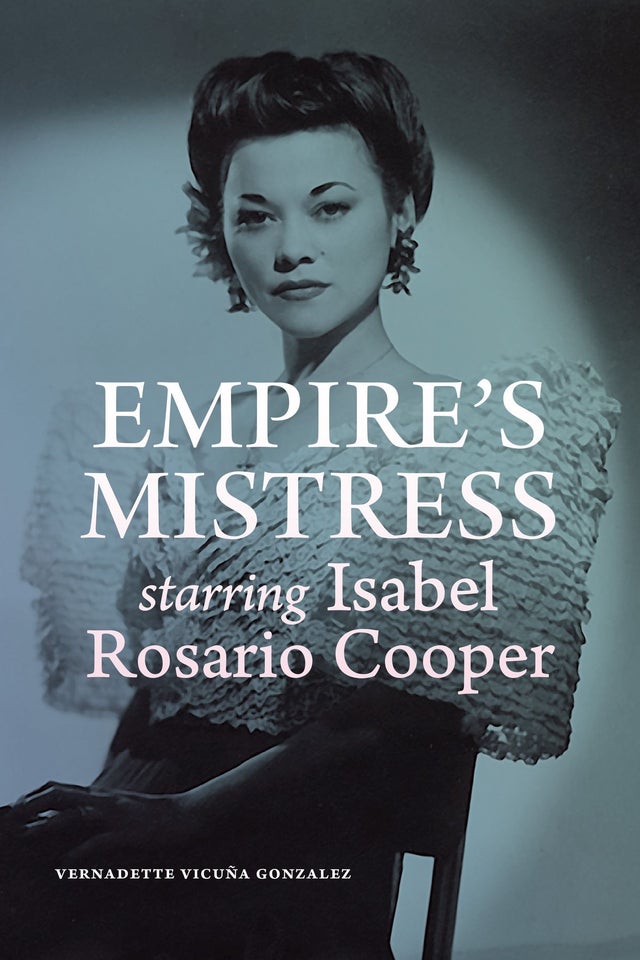 In Empire's Mistress Vernadette Vicuña Gonzalez follows the life of Filipina vaudeville and film actress Isabel Rosario Cooper, who was the mistress of General Douglas MacArthur. If mentioned at all, their relationship exists only as a salacious footnote in MacArthur's biography—a failed love affair between a venerated war hero and a young woman of Filipino and American heritage. Following Cooper from the Philippines to Washington, D.C. to Hollywood, where she died penniless, Gonzalez frames her not as a tragic heroine, but as someone caught within the violent histories of U.S. imperialism. In this way, Gonzalez uses Cooper's life as a means to explore the contours of empire as experienced on the scale of personal relationships. Along the way, Gonzalez fills in the archival gaps of Cooper's life with speculative fictional interludes that both unsettle the authority of “official” archives and dislodge the established one-dimensional characterizations of her. By presenting Cooper as a complex historical subject who lived at the crossroads of American colonialism in the Philippines, Gonzalez demonstrates how intimacy and love are woven into the infrastructure of empire.