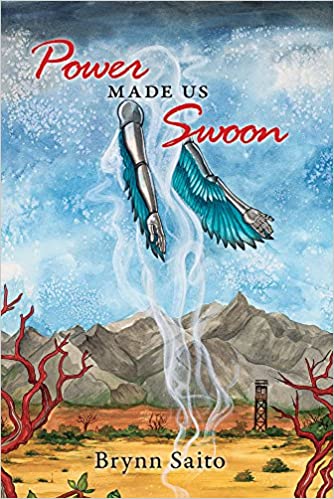 Power Made Us Swoon

Guided by the character of the Woman Warrior--witty, swift, and ruthless in her wonder--readers of Brynn Saito's second collection of poetry travel the terrain of personal and historical memory: narrative poems about family, farming towns, and the bravery of girlhood are interspersed with lyric poetry written from the voice of a stone found in a Japanese American internment camp during the wartime incarceration. What histories can be summoned with poetry? What are the forces shaping an American life in the 21st century? Car accidents, patriarchy, and television fall under this poet's gaze, along with the intergenerational reverberations of historical trauma. As with The Palace of Contemplating Departure, Saito's first award-winning collection, Power Made Us Swoon strives for wonder and speaks--in edgy and vulnerable tones--of the fraught journey toward a more just world. "Learn to lie to survive," sings the woman warrior, "Learn to outlast the flame / learn the art of surprise."