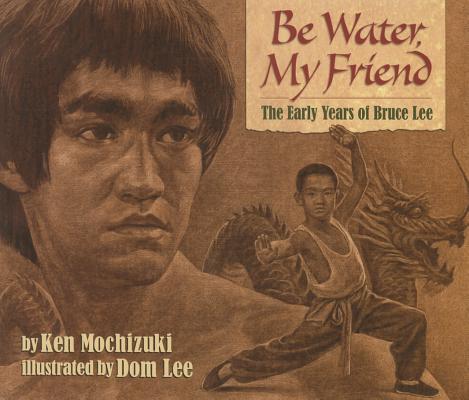 Be Water My Friend: The Early Years of Bruce Lee

The true story of the formative years of Bruce Lee's early life growing up in Hong Kong in the 1940s and 1950s, before he became an international film star.

Growing up in Hong Kong in the 1940s and 1950s, young Bruce Lee had an active mind, boundless energy, and a knack for finding trouble. As he grew older, Bruce also developed an interest in martial arts. He thrived on the grueling training but struggled to understand and apply the principles of gentleness and yielding that the master taught. Only after he set sail for the United States at the age of eighteen did Bruce truly embrace the values of martial arts and discover his own path to inner calm.

Bruce Lee eventually became a pioneer of martial arts cinema, and his legacy lives on in popular culture. In Be Water, My Friend, his boyhood journey toward self-discovery and his courage to overcome obstacles will inspire all who search for their way in the world today.

KEN MOCHIZUKI is a writer, journalist, and former actor who made his picture-book debut with Baseball Saved Us. He is also the author of several other award-winning picture books published by Lee & Low, including Passage to Freedom and Heroes. Mochizuki lives in Maple Valley, Washington. His website is kenmochizuki.com. DOM LEE made his picture-book debut with Baseball Saved Us. He grew up in Seoul, South Korea, and went on to illustrate books in both the United States and Korea. His titles for Lee & Low include Ken Mochizuki's Passage to Freedom and Heroes, as well as the award-winning Sixteen Years in Sixteen Seconds. Lee's unique illustration style involves applying encaustic beeswax on paper, then scratching out images, and finally coloring the images with oil paint. Lee and his wife live in Hollis, New York.