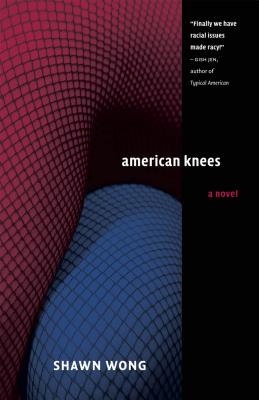 Read about the movie, Americanese, based on Shawn Wong's book, at: http: //www.americanesethemovie.com

Shawn Wong is the author of the award-winning novel Homebase and an editor of several anthologies of Asian American literature, including Aiiieeeee! and The Big Aiiieeeee! He is the director of the University Honors Program at the University of Washington.Read about the movie, Americanese, based on Shawn Wong's book, at: http: //www.americanesethemovie.com

Wong overturns the racial stereotypes perpetrated against Asians in this country, and he does so with humor to spare. . . . No one has more eloquently or joyfully asserted our belonging.

American Knees (a takeoff on the old schoolyard song, 'Chinese, Japanese, dirty knees. . .') is the story of how Raymond Ding, a politically correct man with a politically incorrect sense of humor, falls into, and out of, love with newspaper photographer Aurora Crane. As Raymond and Aurora's story unfolds, Wong crafts some wonderfully telling and funny scenes of social relations in multicultural America.