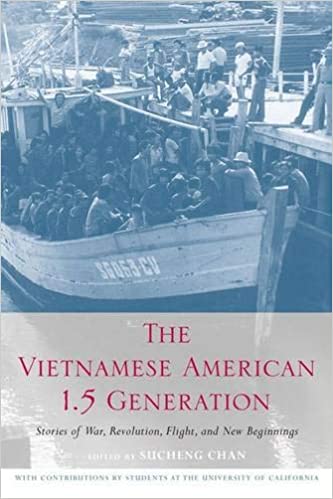 Introducing this collection of personal narratives, renowned author Sucheng Chan presents a history of Vietnam that enables readers to understand the larger historical, social, and political contexts within which the refugee exodus occurred between 1975 and 1997. The heart of the book consists of vivid personal testimonies written by members of the 1.5 generation of Vietnamese Americans when they were students at various campuses of the University of California.

Six of the stories recall the April 1975 evacuation on U.S. military aircraft and naval vessels; nine tell tragic but ultimately triumphant tales of the boat people who fled by sea and were confined in refugee camps in Malaysia, Indonesia, Thailand, the Philippines, and Hong Kong while awaiting resettlement abroad. As testaments to the strength of human beings who persevere against severe odds in horrifying circumstances, the stories are gripping and inspiring.