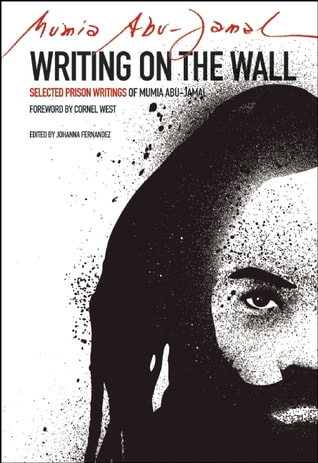 Writing on the Wall: Selected Prison Writings of Mumia Abu-Jamal

After spending more than 28 years on death row, in 2011 MUMIA ABU-JAMALdeath sentence was vacated when the Supreme Court allowed to stand the decisions of four federal judges who had earlier declared his death sentence unconstitutional. He is now serving a life sentence without the possibility of parole. In spite of his three-decade-long imprisonment, most of which was spent in solitary confinement on Death Row, Abu-Jamal has relentlessly fought for his freedom and for his profession.

Mumia Abu-Jamal (born Wesley Cook; April 24, 1954) is a political activist and journalist who was convicted of murder and sentenced to death in 1982 for the 1981 murder of Philadelphia police officer Daniel Faulkner. He became widely known while on death row for his writings and commentary on the criminal justice system in the United States. After numerous appeals, his death penalty sentence was overturned by a Federal court. In 2011, the prosecution agreed to a sentence of life imprisonment without parole. He entered the general prison population early the following year.

Since 1982, the murder trial of Abu-Jamal has been seriously criticized for constitutional failings; some have claimed that he is innocent, and many opposed his death sentence. The Faulkner family, public authorities, police organizations, and other groups believe that Abu-Jamal's trial was fair, his guilt undeniable, and his death sentence appropriate.

When his death sentence was overturned by a Federal court in 2001, he was described as "perhaps the world's best-known death-row inmate" by The New York Times. During his imprisonment, Abu-Jamal has published books and commentaries on social and political issues; his first book was Live from Death Row (1995).