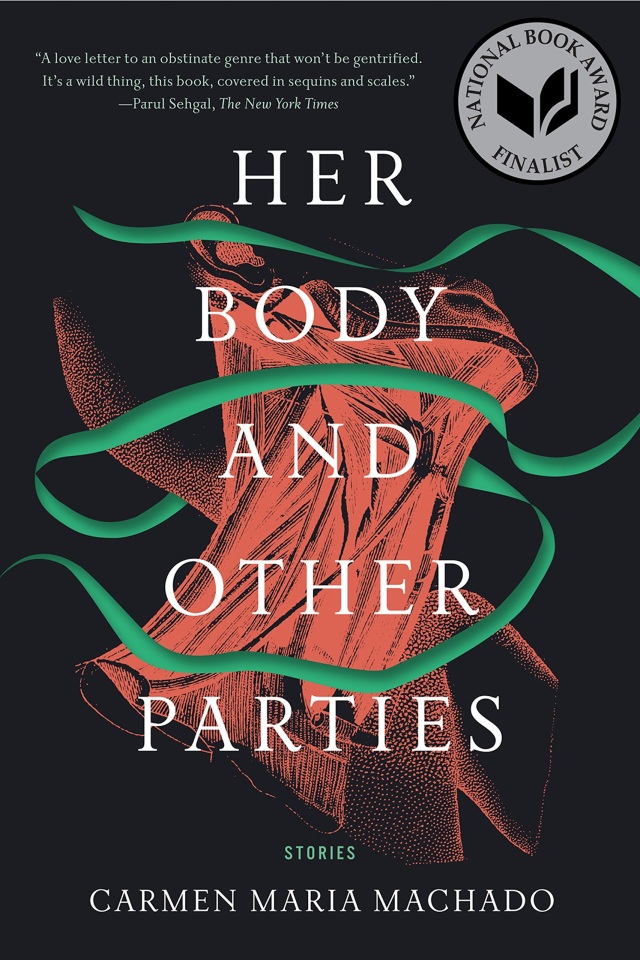 Her Body and Other Parties

In Her Body and Other Parties, Carmen Maria Machado blithely demolishes the arbitrary borders between psychological realism and science fiction, comedy and horror, fantasy and fabulism.Earthy and otherworldly, antic and sexy, queer and caustic, comic and deadly serious, Her Body and Other Parties swings from horrific violence to the most exquisite sentiment. In their explosive originality, these stories enlarge the possibilities of contemporary fiction.

Carmen Maria Machado’s work has appeared in Granta, The New Yorker, NPR, Electric Literature, and elsewhere. She has been nominated for a Nebula Award and a Shirley Jackson Award, and was a finalist for the Calvino Prize. She lives in Philadelphia.