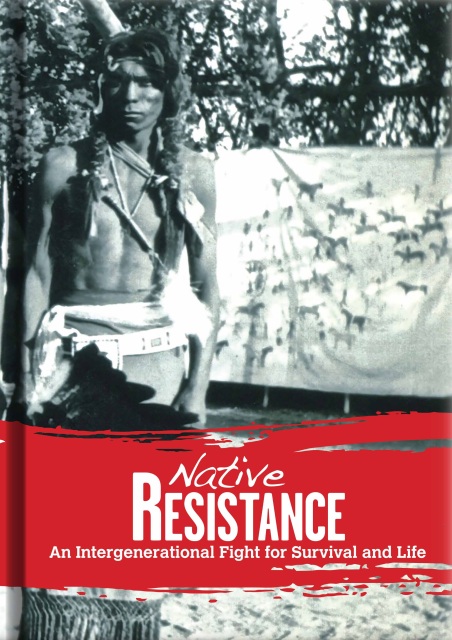 Native Resistance: An Intergenerational Fight for Survival and Life

Distributed by Eastwind Books of Berkeley

About the Author. In 1969, LaNada War Jack is a member of the Shoshone-Bannock Nation, She helped found Native American Students United and the Third World Liberation Front ( TWLF ) at UC Berkeley from which emerged Native American Studies and Ethnic Studies. After the TWLF strike, she was a leading member of the occupation of Alcatraz to demand Indian treaty rights. She continues to be active in the movement today for justice and equality.

Add to Cart
Description
In 1969, Dr. LaNada War Jack and students throughout California united together to take over Alcatraz Island in peaceful protest against the federal government’s ill treatment of the Native Indigenous people and the federal government's repeatedly breaking of treaties with tribes. This ended the Indian Termination Policies, beginning the self determination era and facilitated certain subsequent government funded policies for Indian Tribes' Nation wide while recovering millions of acres of land back.

Dr. War Jack’s latest book, Native Resistance, chronicles the events tied to the genocide of Native people in the United States — from forced removal to federal reservations and her life during the late sixties at UC Berkeley, the Occupation of Alcatraz Island, Pyramid Lake Water War in Nevada, to the Standing Rock Resistance in North Dakota.

Praise for Native Resistance
LaNada was the first Indian student at UC Berkeley in 1968 and has been our leader for fifty years while maintaining the purity of her beliefs all the way through. She is also one of the first Native people to earn a doctoral degree. LaNada was the leader of the Indian occupation of Alcatraz Island in 1969, which led to the most earth-shaking changes in Indian Country during my lifetime. The return of the Blue Lake to the Pueblo of Taos, the return of Mount Adams to the Yakama Tribe, the return of sacred lands to the Pit River Tribe, and many more such actions were the direct result of her leadership. The Alcatraz occupation led to the most significant changes in Indian Country: the end of PL280 by President Richard M. Nixon, as well as the most important Indian policy statement for Native people.
—Dean Chavers, PhD, Author of Racism in Indian Country and twenty other books

This is a must-read book for anyone interested in the takeover of Alcatraz Island or the Red Power movement of the 1960s and ’70s. Before Alcatraz, LaNada helped lead the Third World Liberation Front and creation of Native American Studies at UC Berkeley. While at Berkeley, LaNada played a central leadership role in one of the most important demonstrations in all of American Indian history. LaNada, alongside Richard Oakes and hundreds of other Indigenous peoples, ignited a movement that forever altered the course of Indigenous rights. Native Resistance includes a definitive first-hand account of the Alcatraz occupation.
—Kent Blansett, Author of A Journey to Freedom: Richard Oakes, Alcatraz, and the Red Power Movement

LaNada has been a warrior and sacrificed herself for her Native community for the fifty-plus years I’ve known her, and now she shares the wisdom and introspection of that warrior with us. El es Dios!
—Ysidro Macias, Author of The Compassion of the Feathered Serpent: A Chicano Worldview; Walking the Red Road on Chicanismo; The Domingo Martinez Paredez Mayan Reader