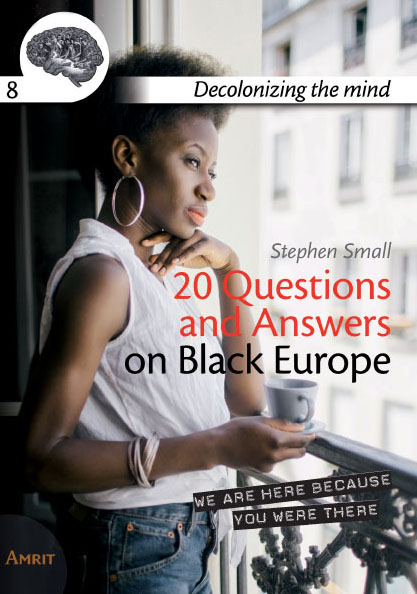 20 Questions and Answers on Black Europe

​​Description:
Europe is made up of at least 46 nations, and a population of more than 770 million people. Black people of African descent are estimated at more than 7 million, with at least 90% of them in just 12 nations. Stephen Small offers an in-depth analysis of what exactly is Black Europe, and what are the experiences of Black people in Europe. He defines Black Europe, and describes how and why Black people are in Europe, where they are located across the continent, and what their experiences are like. He addresses how gender shapes Black people’s lives and identifies some of the most significant Black women’s organizations, and the work they are doing for social justice and knowledge production. Whereas most books on Black people in Europe are nation-specific, and highlight each nation’s unique experiences, this book examines Black Europe as a whole, highlighting what Europe shares in common. The book uses the ideas of ambiguous visibility, entrenched vulnerability, and irrepressible resistance and resilience to characterize these striking similarities. And it describes how the political ideologies of immigration and assimilation used by politicians and the public to describe Black people lives are seriously flawed; and how Black people (and their non-Black allies) highlight how institutional racism, and denied citizenship provide far better and more accurate insights into their lives. Black people have been present in Europe for generations; and before that made massive economic, political and cultural contributions to the benefit of Europe. And most of this happened through sustained social mobilization and Black organizations, especially Black women’s organizations. In all these accomplishments, the influence of African-Americans on Black people in Europe - politically, ideologically and culturally - has been profound.

His research and teaching focus on knowledge production, public history and collective memory of slavery and its legacies in the African Diaspora, with a particular focus on the United States, England and the Netherlands. He is the author of “Living History: The Legacy of Slavery in the Netherlands”, 2012; co-author of Global Mixed Race, 2014; and co-author of Black Europe and the African Diaspora, 2009. His next book is tentatively entitled: “Inside the Shadows of the Big House: 21st Century Antebellum Slave Cabins and Heritage Tourism in Louisiana”, to be published in 2019.
​
Publisher Information:
Amrit Publishers, previously known as the Dutch publishing house Uitgeverij Amrit, is a publisher with a social mission to provide a platform for the voices of communities of color. Voices that tell hidden stories of the past and envision tales for the future.