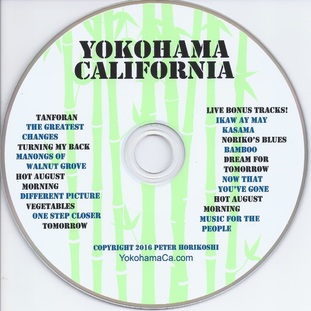 The booklet contains the lyrics to the songs as well as descriptions about the songs. There are also photos that were taken in 1977 that were not included in the original album.

Sold out
Add to Cart
The Yokohama, California album was first released in March 1977 in San Jose, California. The band wrote and performed songs describing the Asian American communities in the 1970's, songs of identity and songs encouraging Asian Americans to make positive changes in our communities. The band's name comes from a book of short stories about the Japanese American communities in the 1930's in the San Francisco East Bay area that was referred to as Yokohama, California, written by Toshio Mori and published in 1949.