Panel Discussion: Our Communities, Climate Change and Covid 19
​Julie Sze, author of Environmental Justice in a Moment of Danger, will discuss how the climate crisis connects with struggles against racism, gender violence, and the exploitation of people and natural resources. Joined by environmental activists Shina Robinson, Ratha Lai, and SF State Asian American Studies Professor Russell Jeung; they will discuss how the climate change crisis has impacted immigrant and refugee communities facing urban and rural pollution. How have the communities mobilized for change and justice. The panel will also explore recent questions on the Covid-19 response in our communities.

Julie Sze is Professor of American Studies and founding director of the Environmental Justice Project at the UC Davis.

Ratha Lai, executive director of Critical Impact Consulting has been involved racial justice campaigns and initiatives for the past decade with half being in environmental justice.

Russell Jeung is a professor of Asian American Studies at SF State. And author of Family Sacrifices: the Worldviews and Ethics of Chinese Americans. 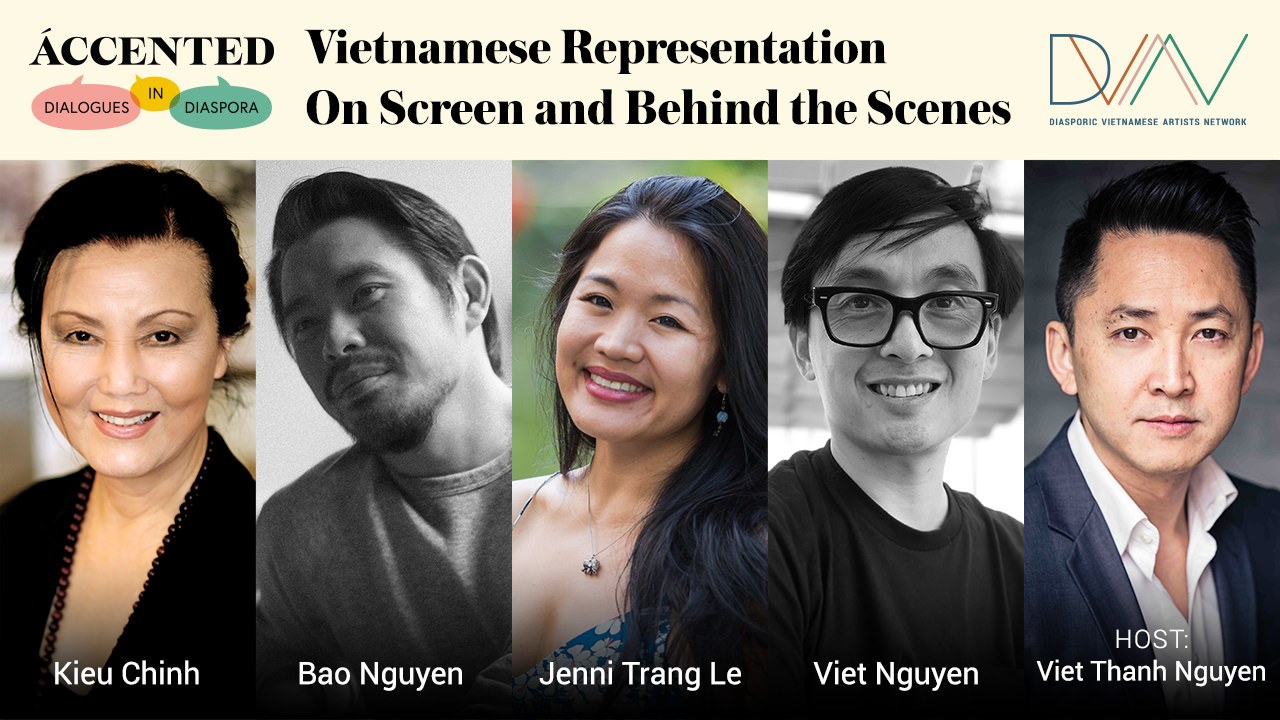 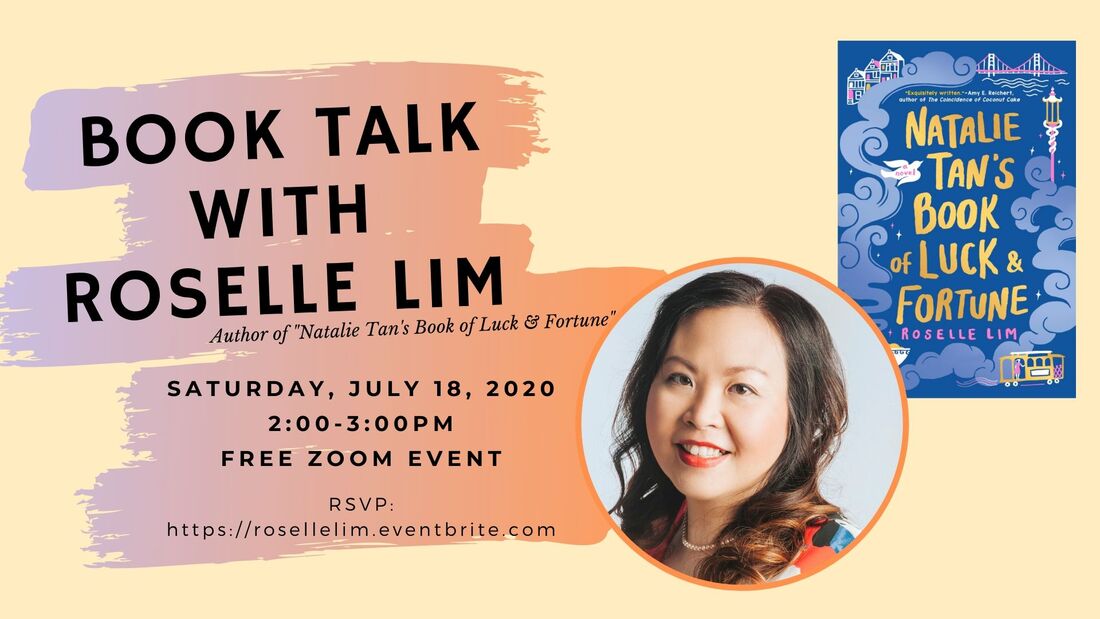 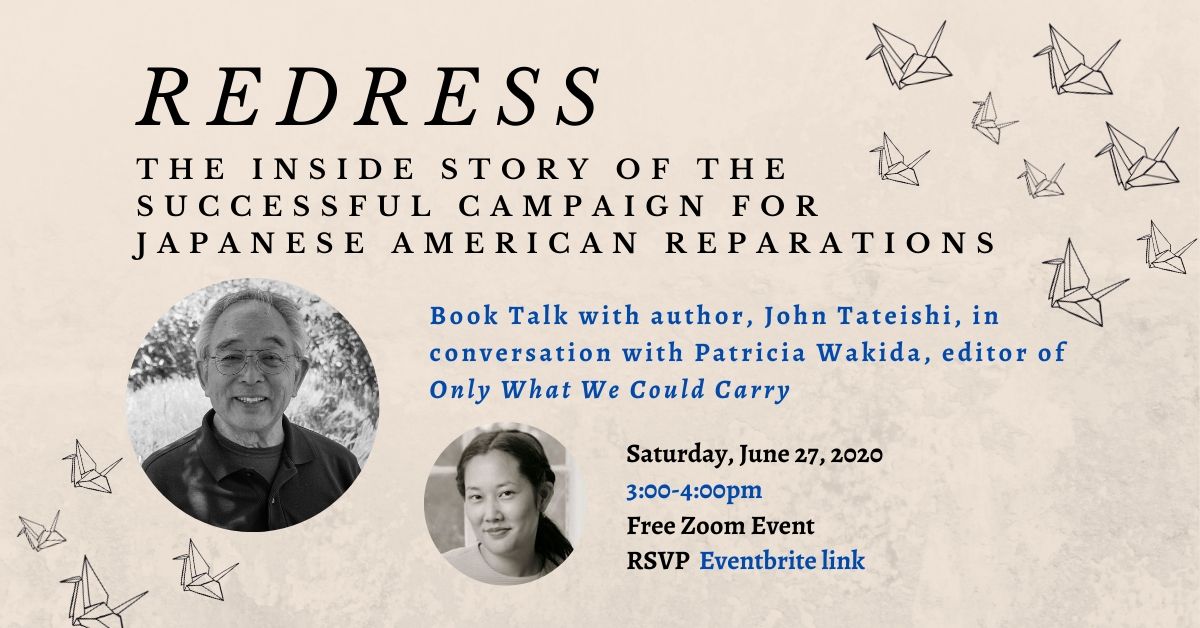 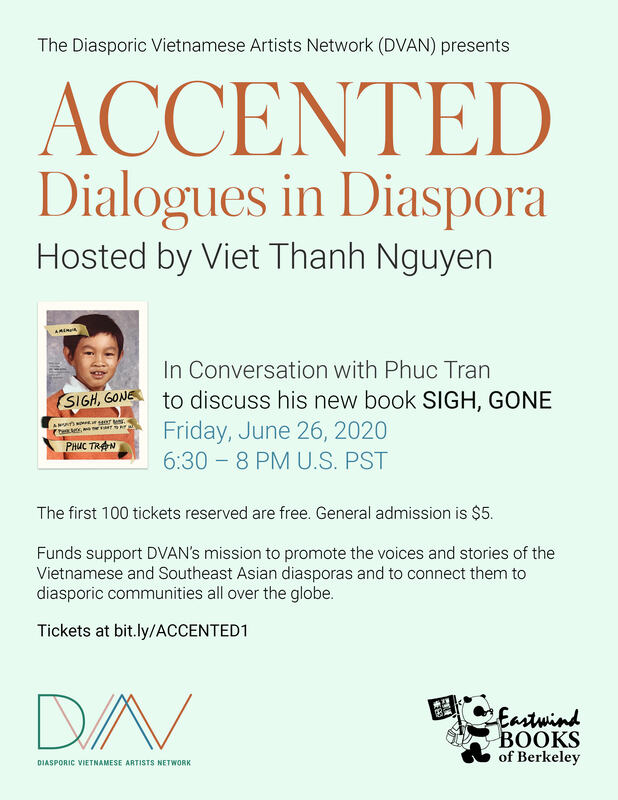 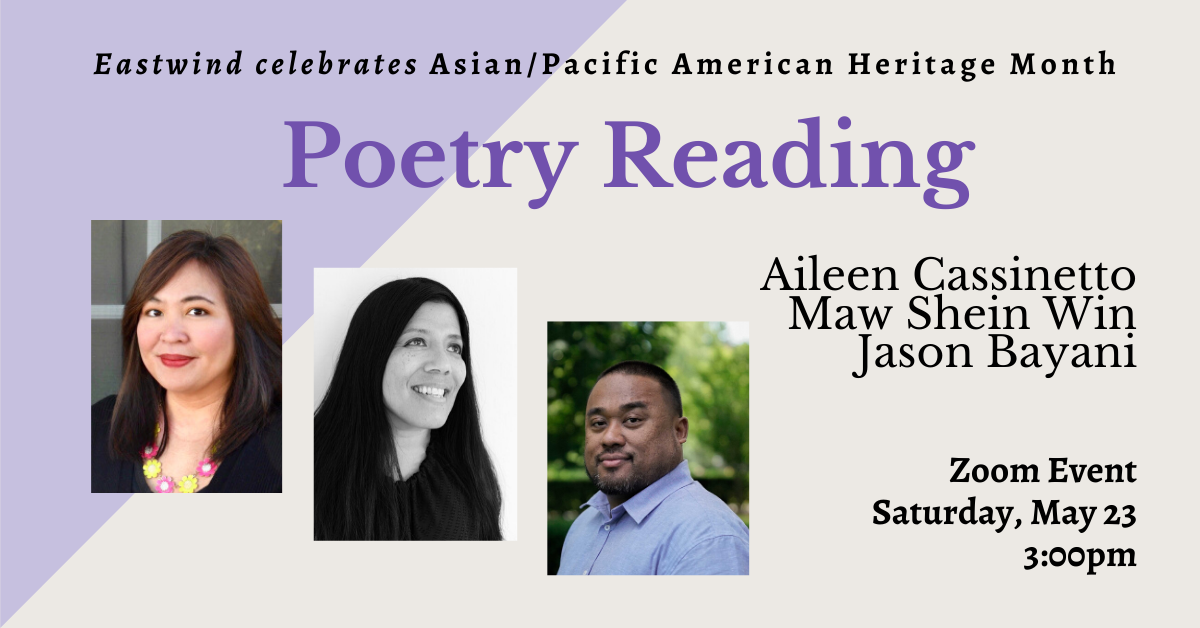 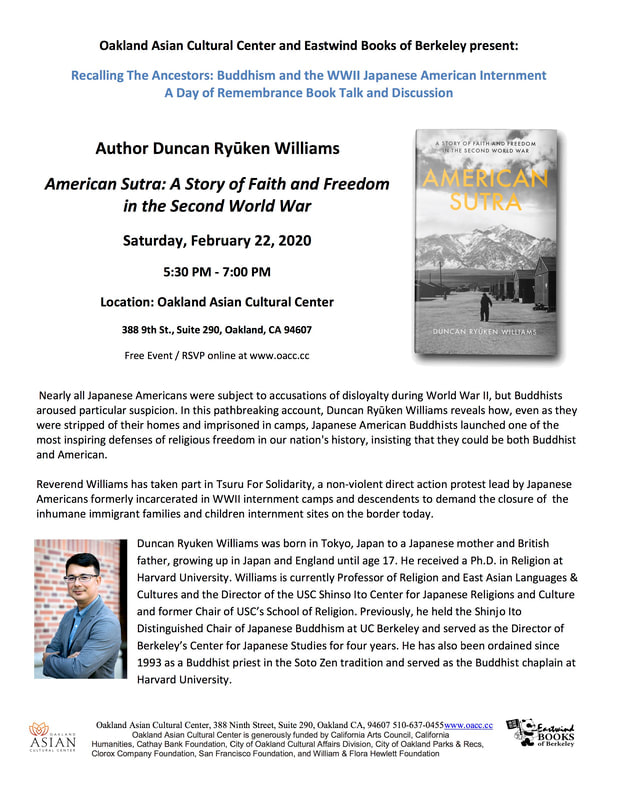 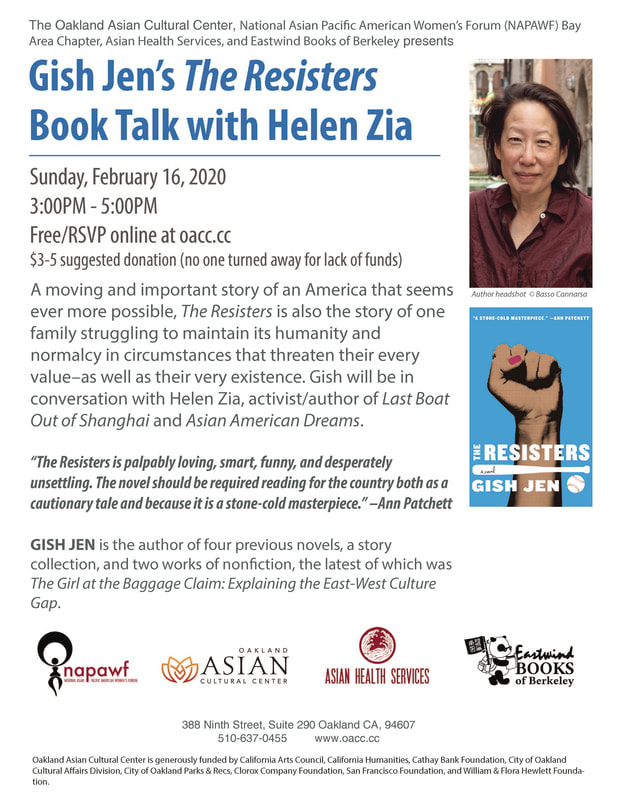 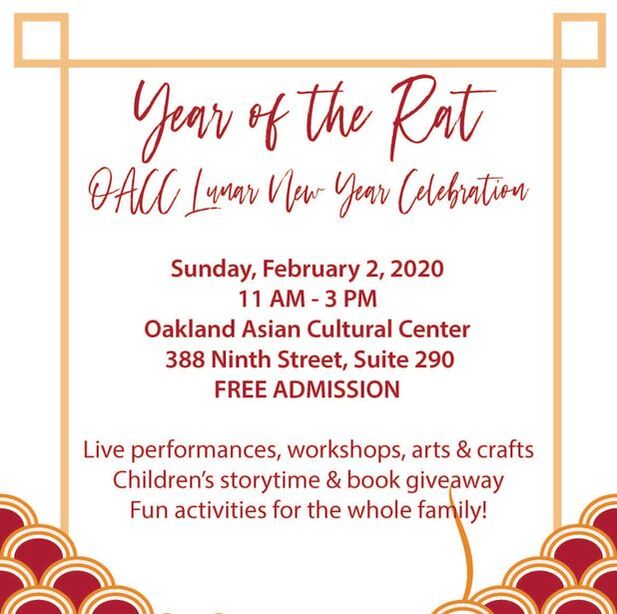 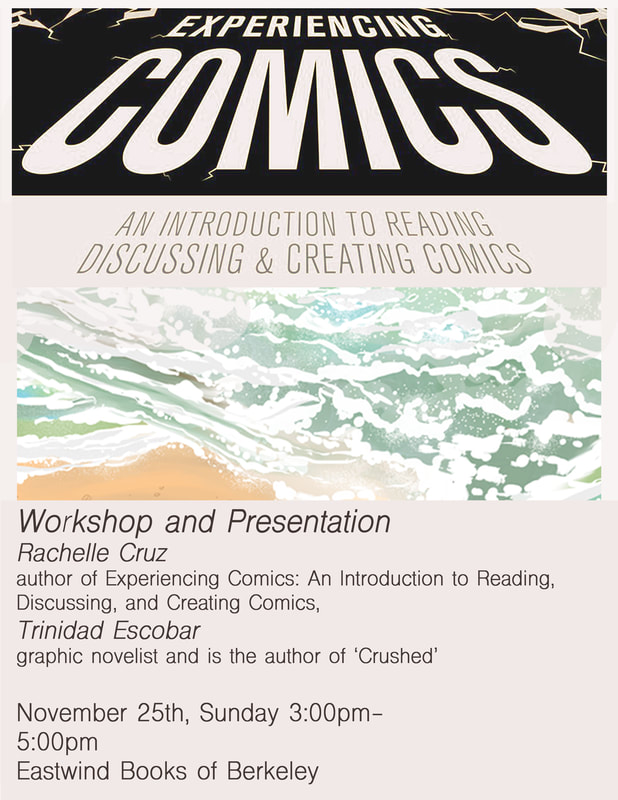 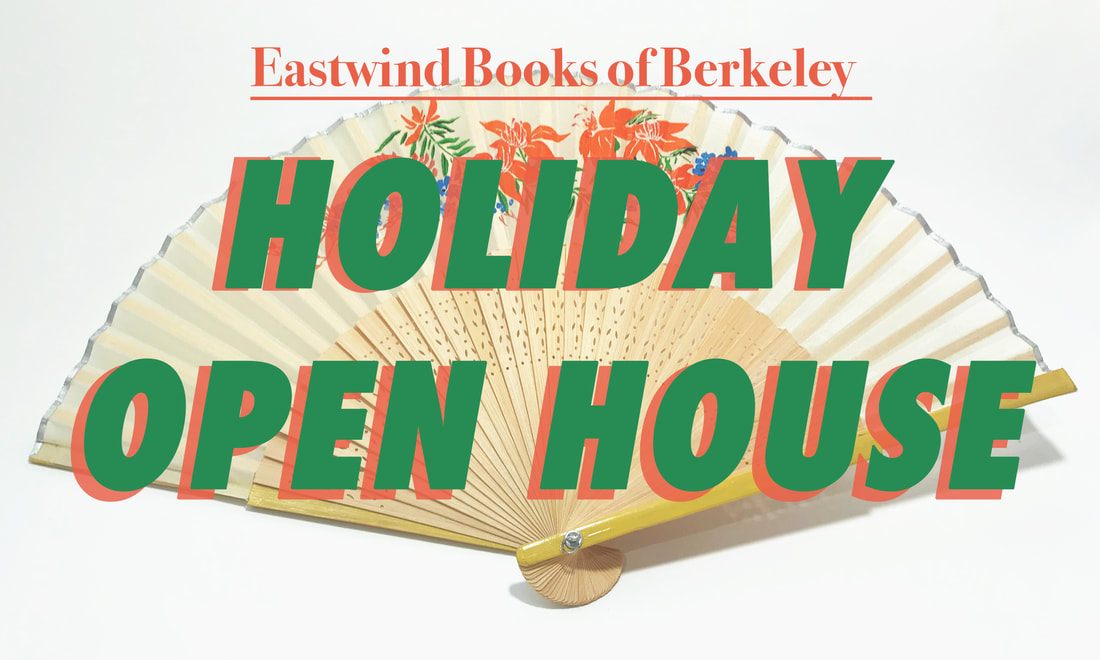 Come show your support for Eastwind Books of Berkeley!
Find meaningful holiday gifts, books and art while enjoying live entertainment, prizes, and refreshments. You will be helping our bookstore continue to operate by participating in this end-of-the-year bookstore fundraiser!

Buy $50.00 worth of books and gifts to receive a free Eastwind Book Bag.

Become an Open House host and bring your family and friends for a day of books, food, entertainment! 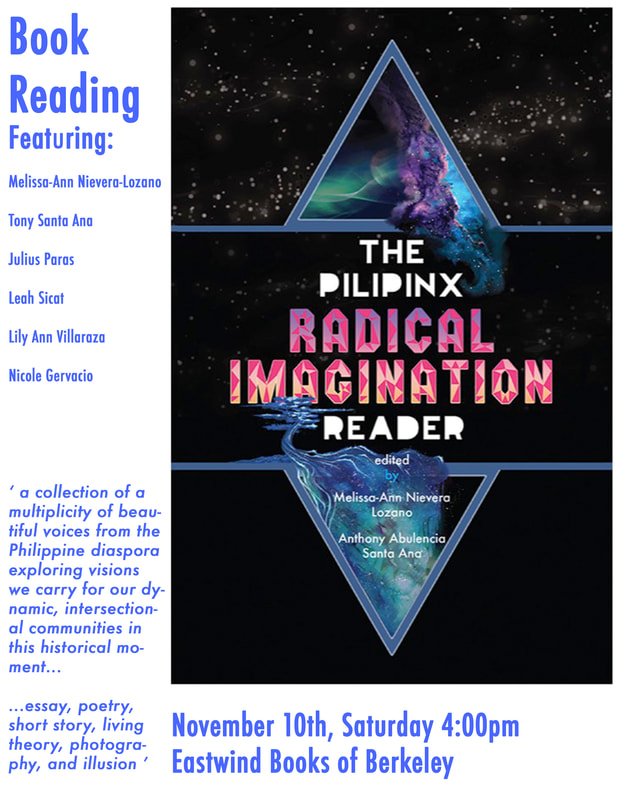 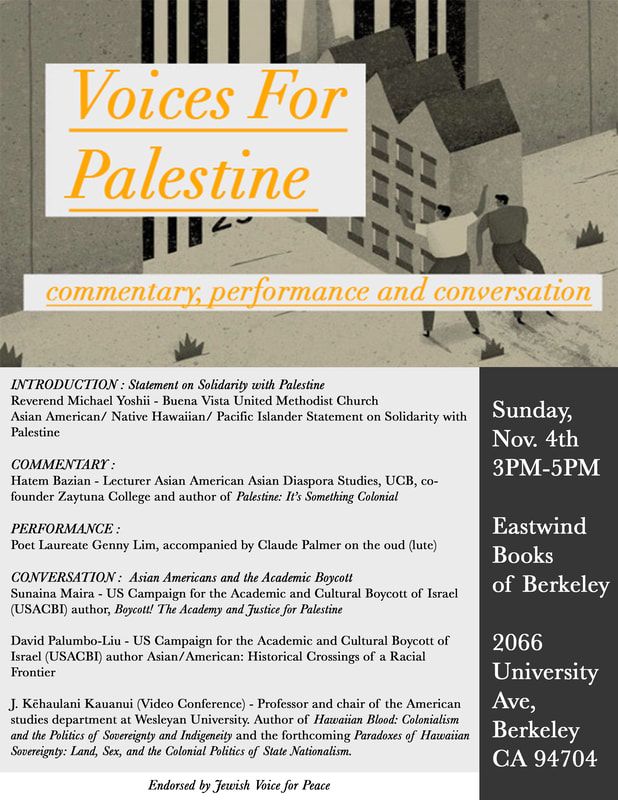 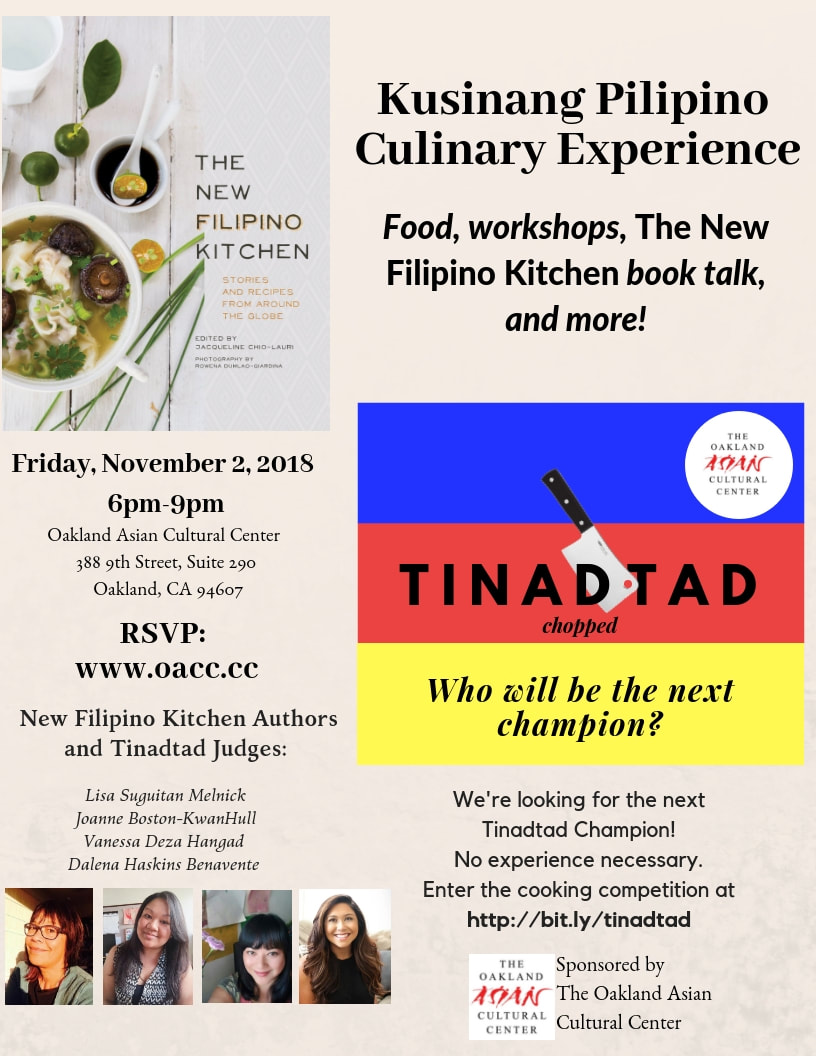 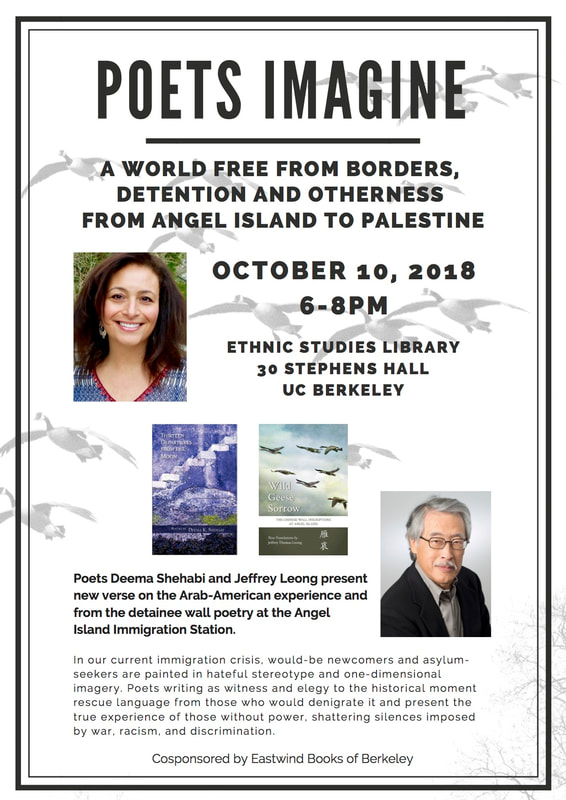 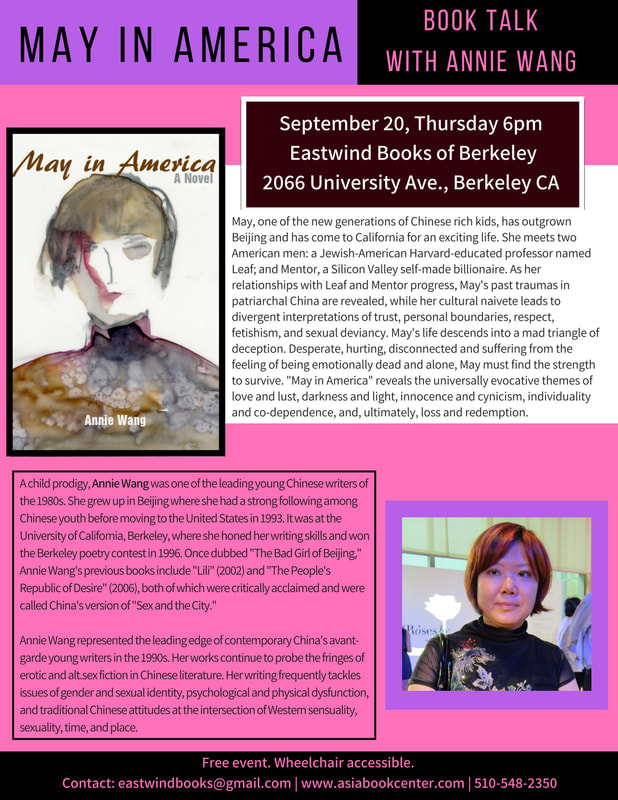 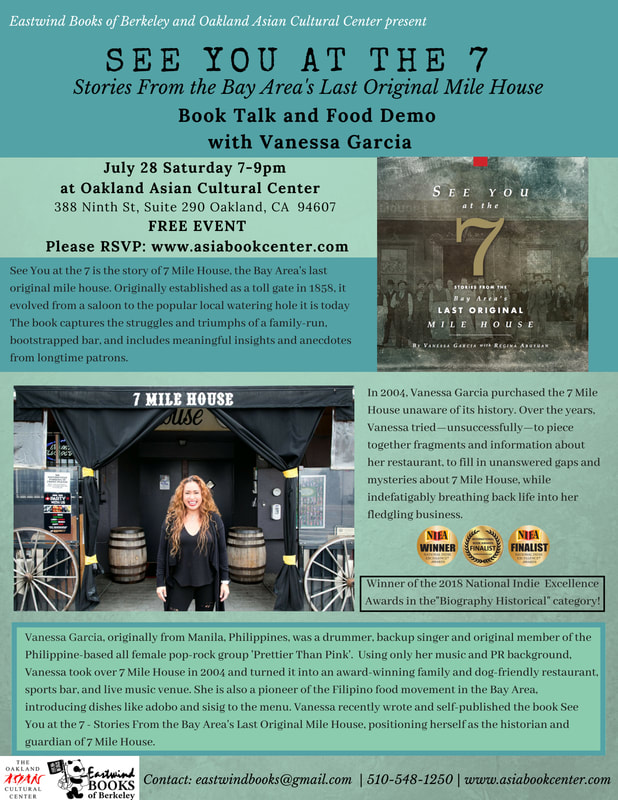 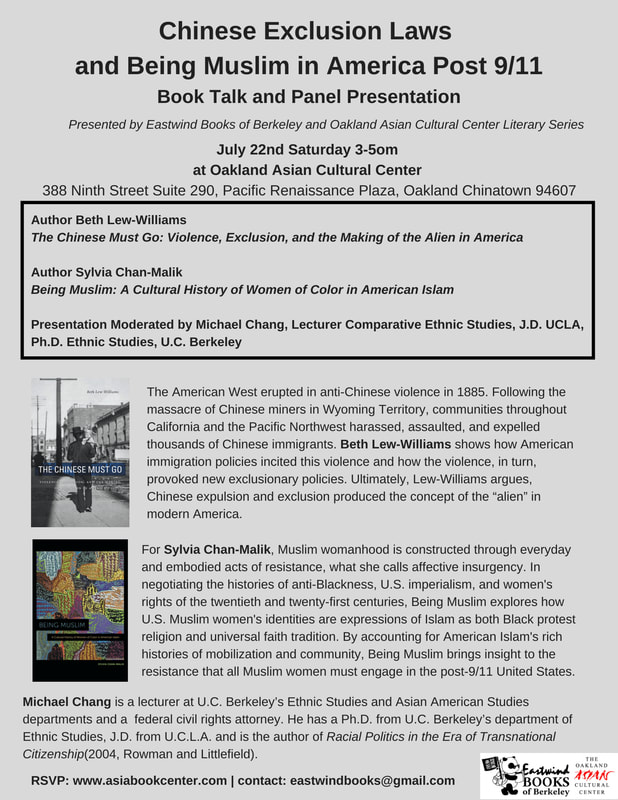 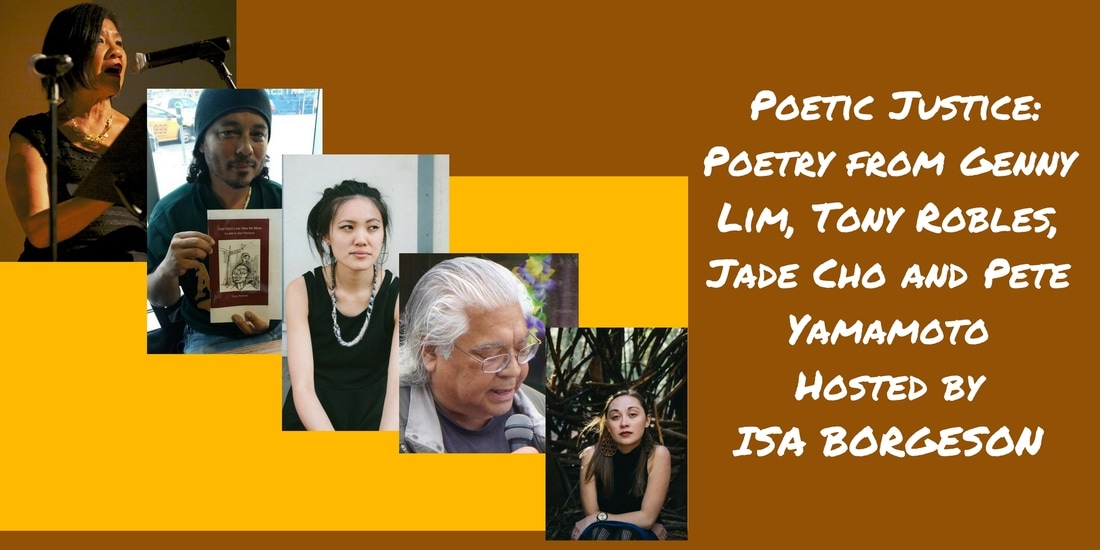 Join us for cookbook preview:
FROM MOTHERS TO MOTHERS: A COLLECTION OF Traditional ASIAN POSTPARTUM RECIPES.  WEDNESDAY, march 8,  2-4pm. At Eastwind

From the 1960s to the 1990s, seven members of the Quimpo family dedicated themselves to the anti-Marcos resistance in the Philippines, sometimes at profound personal cost. In this unprecedented memoir, eight siblings (plus one by marriage) tell their remarkable stories in individually authored chapters that comprise a family saga of revolution, persistence, and, ultimately, vindication, even as easy resolution eluded their struggles.

Subversive Lives tells of attempts to smuggle weapons for the New People’s Army (the armed branch of the Communist Party of the Philippines); of heady times organizing uprisings and strikes; of the cruel discovery of one brother’s death and the inexplicable disappearance of another (now believed to be dead); and of imprisonment and torture by the military. These stories show the sacrifices and daily heroism of those in the movement. But they also reveal its messy legacies: sons alienated from their father; daughters abused by the military; friends betrayed; and revolutionary affection soured by intractable ideological differences.

The rich and distinctive contributions span the martial law years of Ferdinand Marcos’s rule. Subversive Lives is a riveting and accessible primer for those unfamiliar with the era, and a resonant history for those with a personal connection to what it meant to be Filipino at that time, or for anyone who has fought political repression.
Susan F. Quimpo is the co-editor and co-author of the book, Subversive Lives: A Family Memoir of the Marcos Years (published by Ohio University Press, 2016).  Subversive Lives won the Filipino Readers’ Choice Awards for Essay Anthology in 2013, was short-listed for the National Book Award (2013), and a nominee for the Manila Critic's Circle's Coyiuto Prize for Biography (2014).  Susan has also received a special citation from the Catholic Mass Media Awards (2016).
In late 2015, when she learned that Ferdinand “Bongbong” Marcos, the son of the dictator, was vying for the vice presidency, she became a proponent for the campaign against martial law historical revisionism. She spearheaded an effort to reach high schools and universities all over the Philippines to speak to students and young voters about the martial law years under Marcos. She fundraised for the creation of videos exposing the lies of the Marcoses and used these in the social media campaigns.
When the Marcos clan, backed by President Duterte, pushed for a hero's burial for the dictator, Susan helped organize the movement that brought various anti-Marcos groups together to stop the burial. Knowing that the Marcoses will again make a bid for the presidency in 2022, Susan continues working on projects and campaigns to inform the youth and would-be voters about the Marcoses and martial law history.
Book Talk: Lillian Howan
The Charm Buyers

February 18, 2017, Saturday 3:00 pm
Eastwind Books of Berkeley
​
The Charm Buyers describes extraordinary beauty and turbulent change: Tahiti during the last years of French nuclear testing in the Pacific in the 1990s.

Lillian Howan is an attorney and writer whose parents immigrated to the United States from Tahiti and Raiatea. She spent her early childhood in Tahiti and later graduated from the University of California, Berkeley, School of Law. She is the editor of Wakako Yamauchi’s collection, Rosebud and Other Stories (University of Hawai‘i Press, 2011). Her writings have been published in the Asian American Literary Review, Café Irreal, Calyx, New England Review, and Under Western Eyes, an anthology edited by Garrett Hongo. 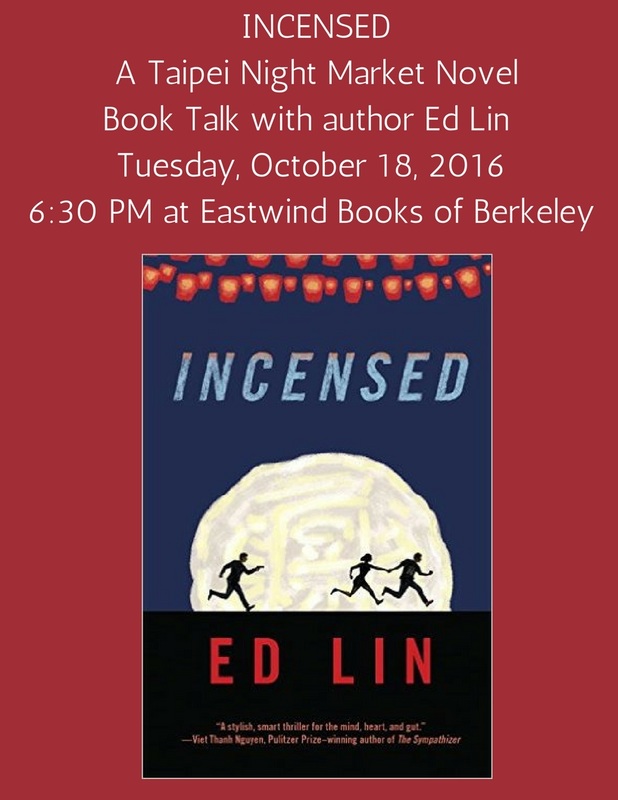 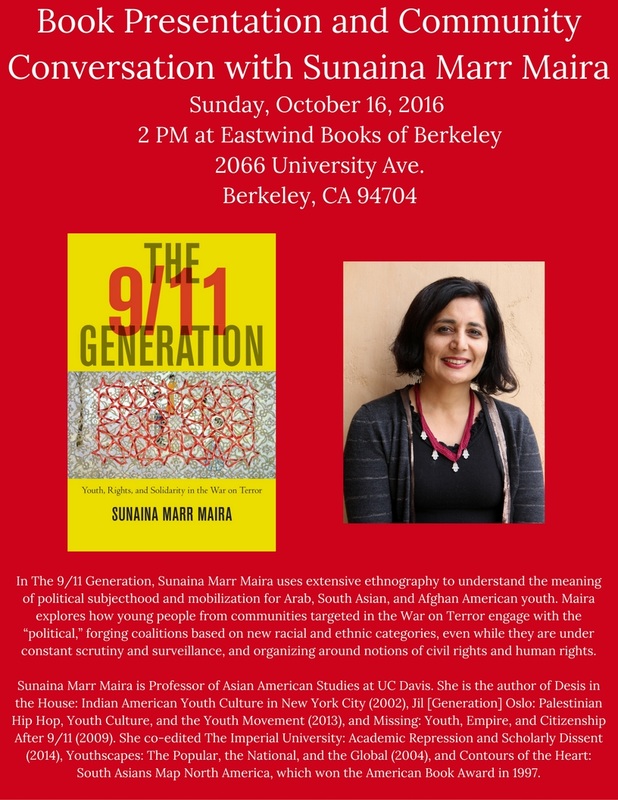 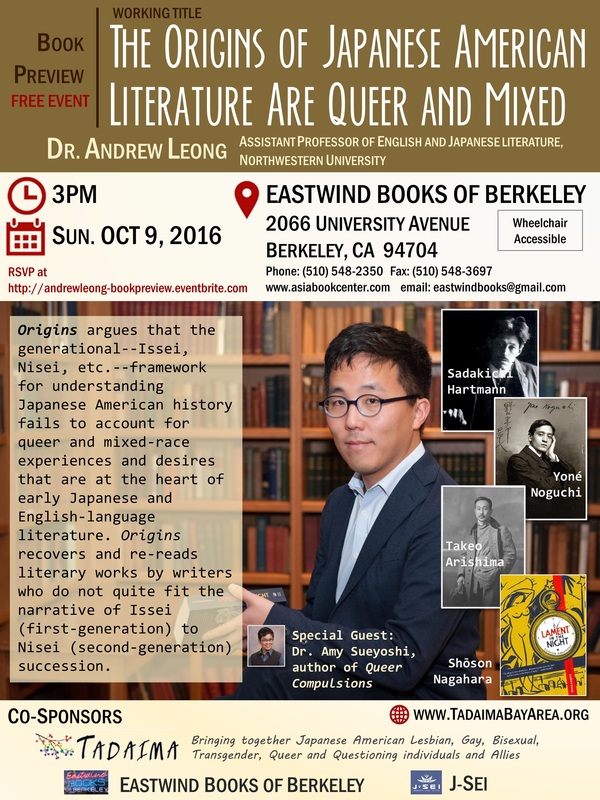 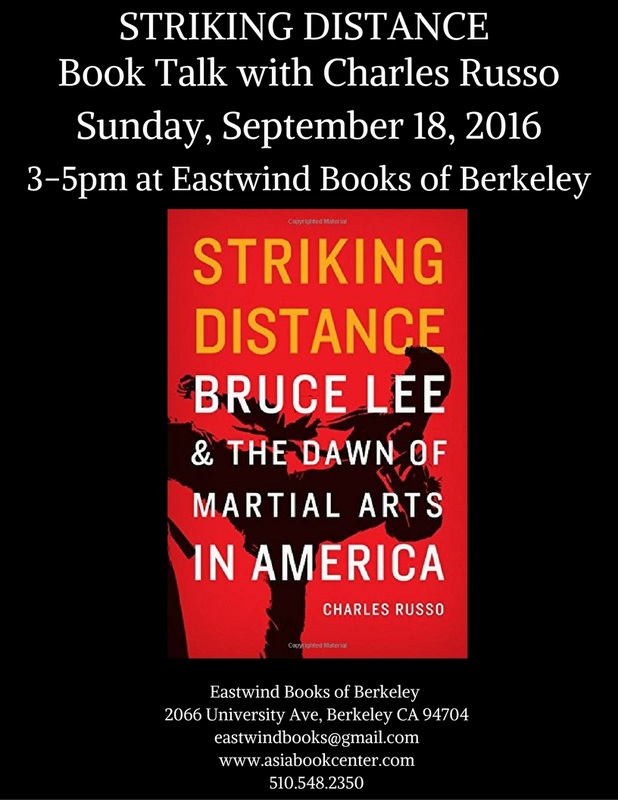 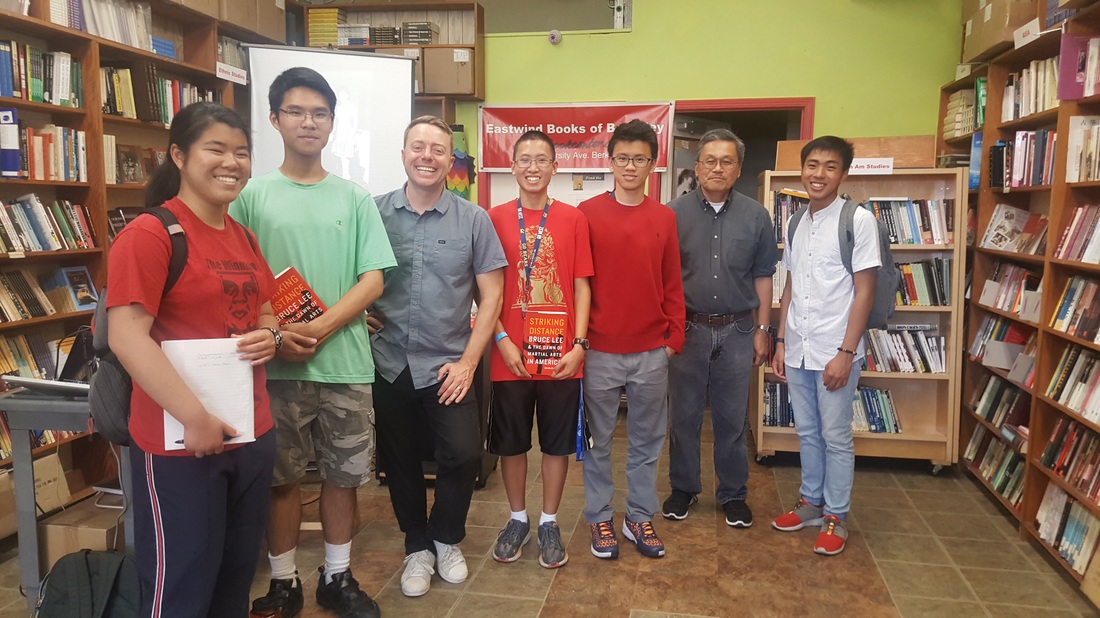 Listen to the Q&A:

What is a Sarong Party Girl?
"This book is called Sarong Party Girls, and it’s about a type of woman that exists in Singapore. This woman dates back to when we were a British colony and the British soldiers would have parties and they would bring in local girls who wore sarongs and they started calling them sarong party girls. But in modern Singapore, we use them to refer to women whose main goal in life is to meet and date expat, usually Caucasian, men, and marry them. And that’s sort of the slightly materialistic, status-conscious goal of theirs...
When I was growing up in Singapore I was always curious about this woman. I would look into these SPG bars and look at these women in short skirts and high heels and the men who were going in there to meet them and wonder, Who are these people and what is it that drives them to choose to marry one race over another?"

Jazzy:
"This book is about Jazzy. She’s twenty six, turning twenty-seven. She's at that point in her life where she sort of feels like she’s going to be left on the shelf if she doesn’t get married soon and she’s trapped between two worlds: the world of modern, glitzy Singapore that she really wants to be a part of, and there’s also the world of her parents, which is very traditional, slightly patriarchal Singapore, and they want her to marry a nice Singaporean boy....she kind of looks at that and goes, if I do that then I have to be part of this sort of patriarchal system and she wants to reject that a little bit. And that’s why she becomes an SPG."

On Singlish:
"This book is written in first person in Singlish which is another interesting point. Singlish is the patois we speak in Singapore. It's English with some Malay and Chinese words mixed in, in various Chinese dialects.

​Over the years I’ve watched the Singapore government try to encourage people to not speak Singlish anymore…I’ve been watching this with some dismay because to me, it would be like saying, Okay, nobody should speak Spanglish anymore, or Creole, because it’s not proper. But if you stamp out a language, you stamp out a bit of your identity. So this book is really sort of a celebration of Singlish.

Ang moh is a word in Singlish, it means “red hair” but it means Caucausin, basically. You’ll hear lah, which is a word that we add for emphasis to a lot of sentences. It’s sort of like the Canadian, eh or, man, that kind of thing, but we say lah. And the word cock is actually used in a very different way in Singapore than it is here. It’s used one of two ways: to say something is really screwed up, like this is a really cock situation. Or another one is, talking cock... it actually dates from a British term, to tell cock and bull stories, sort of like shooting the breeze. When you’re talking cock, you’re shooting the breeze. You’re not doing something more…interesting."

Cheryl Lu-Lien Tan is a New York-based journalist and author of “Sarong Party Girls” (William Morrow, 2016) as well as “A Tiger In The Kitchen: A Memoir of Food & Family“ (Hyperion, 2011). She is the editor of the fiction anthology “Singapore Noir“ (Akashic Books, 2014). 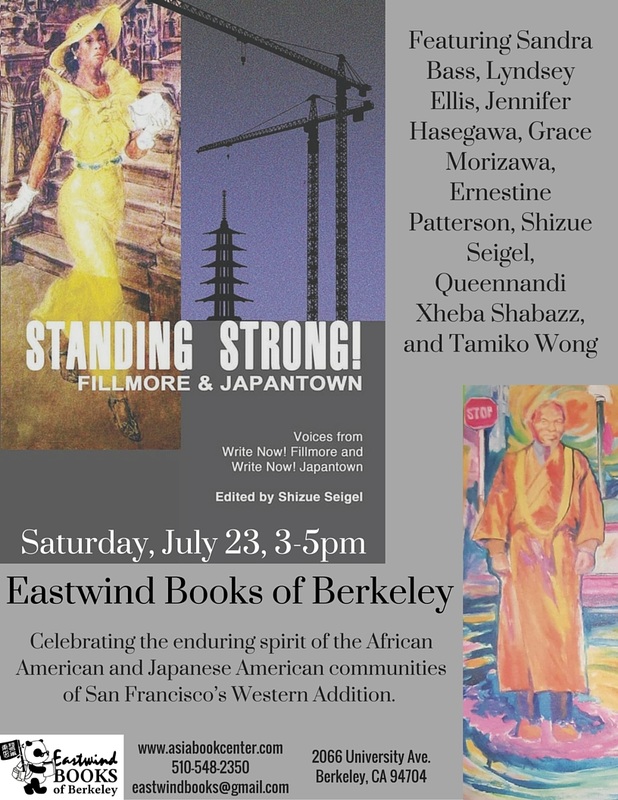 Eight contributors of Standing Strong! will be doing a reading with editor Shizue Seigel.

Prose, poetry and visual art by community writers and artists of Shizue Seigel’s Write Now! Japantown and Write Now! Fillmore writing workshops explore the parallels and contrasts of two communities. What do they remember of the old days? What do they treasure? What are their challenges today? What keeps them going, and what can they teach us?

Community spirit still burns brightly, though neighborhoods have been scattered by incarceration, red-lining and blight, and the wholesale demolition of 100 blocks of housing and businesses. Destruction came quickly; renewal came much too slowly. Today, gentrification endangers our churches, community resources, family-run businesses and close-knit networks."
Eastwind Books of Berkeley has been serving the East Bay providing books on Asian American diverse cultures, history, and literature since 1996. Celebrating 20 years in Berkeley this year, our management brings to the bookstore a history of activism for Ethnic Studies during the 1968-1969 Bay Area Third World Liberation Front Strikes. Eastwind Books of Berkeley’s theme of community bookstore was inspired by the 1970 Everybody’s Bookstore in San Francisco Chinatown-Manilatown International Hotel movement. Please come and support this unique bookstore.